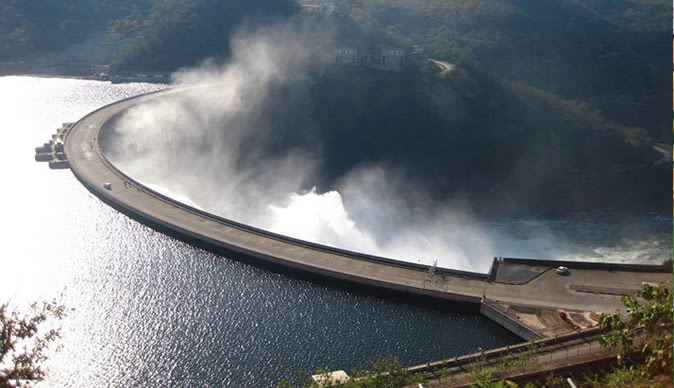 Kariba Hydro-Power Station has become the dominant producer of electricity in the country, generating about 754MW out of the combined output of 1 075MW daily at a time when thermal stations are at their lowest due to coal stock outs and ageing plants.
Hwange Power Station, the largest thermal power producer with an installed capacity of 920MW was only producing 293MW, according to the Monday power generation update by the Zimbabwe Power Company (ZPC).
Bulawayo Thermal Power Station, which has 120MW installed capacity fell to zero, while Munyati Thermal, which originally had 120MW capacity was generating only 16MW. Harare Thermal Power Station output has dwindled to 12MW against an installed capacity of 75MW, said ZPC.
Zimbabwe is generating about 1 075MW daily compared to estimated demand of 2 200MW, forcing the country to resort to imports to cover the power supply gap.
According to the energy supply report, Hwange Power Station contributed 35 percent of the total energy production in the last quarter, while Kariba Power Station contributed 63 percent, with six percent of the energy being exported to Namibian power utility.
Small thermals contributed only two percent of the total energy production during the quarter.
In its latest power update for the 4th quarter of 2020, the ZPC expressed concern over weak output from thermal stations. Although the power utility surpassed the 4th quarter energy target, which was set at 1,667GWh by 1,91 percent, it stressed the need to address constant breakdowns and ramp up output from small thermals.
“The company faced challenges during the fourth quarter of 2020 owing to small thermals, which generated way below target because of coal stock outs and aged plants, which caused constant breakdowns.
“Hwange’s Unit 3 and 6 continued to be unavailable due to extended outages. In order to compensate the depressed generation at the thermal power stations, Kariba Power Station was ramped up and, in the process, exceeded its 2020 water allocation by 16.34 percent,” said ZPC.
ZPC further noted that by the end of the 4th quarter 2020, the construction of the Hwange Units 7 and 8 expansion project was at 58,29 percent against a target of 78,5 percent, yielding an unfavourable variance of 17,51 percent.
The project is valued at over US$1 billion and would add 600MW electricity into the national grid.
“This was mainly attributed to the Covid-19 pandemic and the outstanding IPC payments on the 85 percent by China Exim Bank,” said the utility.
“At the end of this quarter, Sino Hydro had a total of 2 532 employees, 620 being Chinese and 1 912 locals. There are 252 sub-contractor employees including 217 locals.”
The completion of the Hwange expansion project and implementation of several other renewable power projects with independent producers is expected to ease the supply deficit and make Zimbabwe a net exporter of electricity in the region by 2030.
The ZPC report indicates that Lake Kariba water levels had dropped from 479,85m at the beginning of the fourth quarter to 478,38m at the end of December 202o, which is a net decrease of 1,47m.
By the end of the period under review, the Kariba Power Station had utilised 15,71Bm3 of water and generated at an annual average of 422MW, said the utility.
“The annual water allocation of 13,5Bm3 was thus surpassed by 16,34 percent. ZPC was allocated 15Bm3 of water for generation in 2021,” it said.

NAWEC Committed to Provide Effective Services to Gambians – Board Chairperson