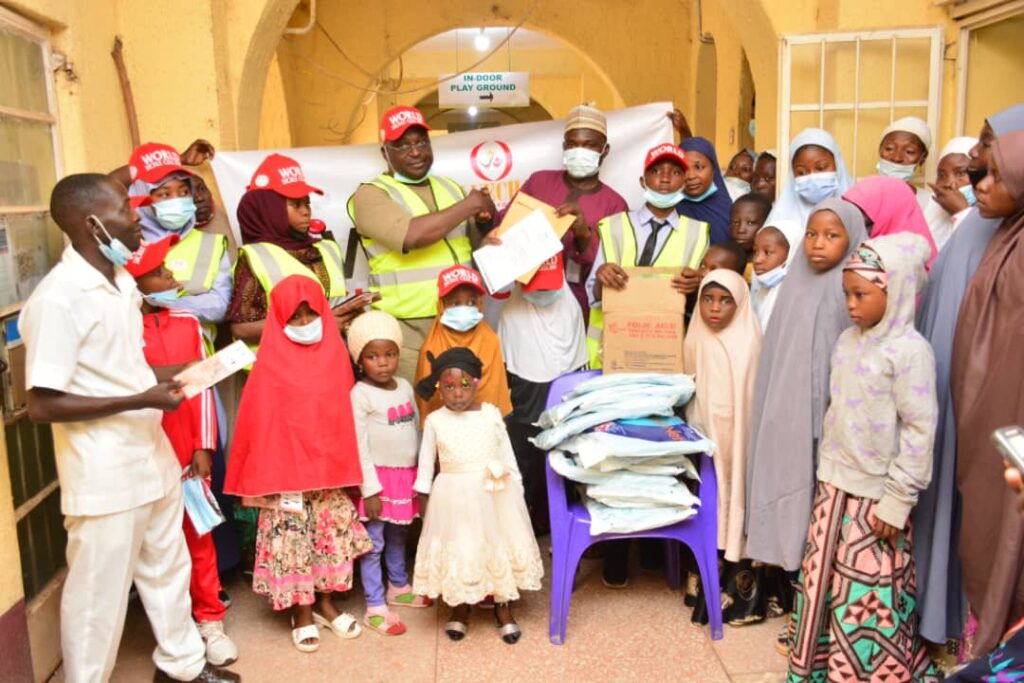 As part of activities marking this year’s World Sickle Cell Day, Valuechain Sickle Cell Foundation, has donated drugs and in

During the visit on Wednesday, the Foundation donated drugs to the hospital management for onward distribution to patients suffering from Sickle Cell Disease.

Founder Valuechain Sickle Cell Foundation and Publisher Valuechain Magazine, Musa Bashir Usman in his remarks, said that they were also at the hospital to sensitize citizens.

He said the Foundation was initiated because they know the pains the patients go through when in crisis of sickle cell.

According to Bashir, “We are here to support patients with the little we have and the donations we received.”

He explained that sensitization was important to let people know how they can be affected by sickle cell and ways they can manage the symptoms.

Valuechain Sickle Cell Foundation CEO advised that whoever is a patient of sickle cell deserves a lot of love and affection to strengthen them.

He said they were at Barau Dikko days ahead of the World Sickle Cell Day, because it is the clinical day of the patients.

He further said that other hospitals like the Ahmadu Bello University Teaching Hospital (ABUTH) and another in Kaduna metropolis will also be visited.

“You are not the only ones going through this crisis, several others are also sickle cell patients. It is not a death sentence, just obey doctors prescription and I pray God will keep you healthy.

“We have it on record that some with sickle cell even live beyond life expectancy in NIgeria, even attaining 90 years,” he added.

He said government is trying its best because the treatment for sickle cell is subsidised.

“Government can still do more. They should place this disease as one of the priorities. They should also create more awareness. To prevent the disease, because in places like Europe, I doubt if they still record cases because of the level of awareness,” he added.

A sickle cell warrior, Hauwa Mohammed Lawal, who is 30 years, advised patients to rest well, drink lots of water and adhere to prescription.

She said she was diagnosed with sickle cell since she was six months old.

Haliru who is a Consultant Paedatrician, called on others to emulate them and come to the aid of patients.

“They are on the medication for life and they need support to sustain the drug therapy,” he said.

Items donated included 15 insecticide treated nets, 60 packs of folic acid and other drugs for onward distribution to sickle cell patients at the hospital.

The foundation was formed in 2019 and has since then been intervening in several ways for sickle cell patients.

The World Sickle Cell Day is marked annually on June 19