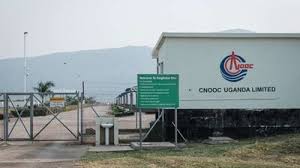 Uganda Bullish on Oil Deal with Total, Cnooc by March

The Uganda government says it is in “advanced stages” of closing the long-awaited Final Investment Decision (FID) with international oil companies; France’s Total E&P and China’s Cnooc in the coming weeks.

The decision, will unlock billions of dollars of investment in Uganda’s oil and gas sector and turbo-charge the country’s economy.

Permanent Secretary of the Energy Ministry Robert Kasande, informed newsmen that the ministry is fine-tuning “a few minor details” ahead of the much-anticipated development that has been deferred several times owing to numerous disagreements.

“Our plan is to close this by end of this month or latest mid-March,” Mr Kasande said.

Uganda indicated last year it was targeting FID by end of December, but analysts warned that the timeline was very optimistic given the election campaigns that were marred by unprecedented violence and chaos.

However, with the election season ended, government officials say they expect to finally get the industry off the ground more than a decade after the country confirmed commercial deposits of crude oil. Closing FID means launching Uganda’s oil project to the next development and construction phases, and subsequently starting of commercial oil production, tentatively, by 2025.

The renewed optimism on FID comes ahead of French oil giant Total SA, the parent company of Total E&P, release of its financials for 2020 and 2021 outlook next Tuesday.

Uganda’s oil project is expected to feature prominently as the company’s chief executive Patrick Pouyanne has been engaged in back-and-forth discussions with President Yoweri Museveni to get the project off the ground, 14 years since the country announced discovery of commercial oil volumes. Officials from Total declined to comment, citing the confidentiality of the decision.

As much as $10 billion in investment is expected to flow into Uganda when the FID is closed, development of the oil fields;  Tilenga in Buliisa and Nwoya districts operated by Total E&P, and Kingfisher in Hoima and Kikuube districts operated by Cnooc — and the 1,445km East African Crude Oil Pipeline running from Hoima in mid-western Uganda to Chongoleani terminal in Tanga at the Indian Ocean.

The oil companies, particularly Total E&P is currently in the process of issuing Engineering, Procurement and Construction contracts for its Tilenga project, while evaluation of the EACOP EPC tenders is on course.