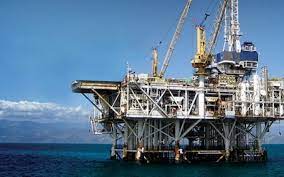 Pershing who stated this in South Africa while speaking at a virtual media briefing, urged western investors to consider whether fossil fuels were a good commercial opportunity anymore in Africa or anywhere else.

“There’s a risk of regulatory … and financial activities, and I believe that’s getting more and more explicit. If you are a company looking to invest in oil and gas, you have to ask yourself…‘am I going to be left with a stranded asset?’ I would not bet very strongly on a fossil fuel future,” he said.

The U.S envoy noted that even China had committed to stop building overseas coal plants, adding that the continent could “leapfrog” older carbon-based technologies and embrace renewables, same way it skipped wired telecoms in many places and went straight for wireless.

“Africa doesn’t need to move in the direction of the West’s high-carbon intensity. It can move directly beyond that,” he said.

Pershing is visiting several African countries as part of efforts to raise global climate ambition ahead of the United Nations COP26 Climate Summit in Glasgow, Scotland next month.

By this threat, IOCs like Royal Dutch Shell, Mobil, Chevron which operates in the United States, may have to weigh regulatory action against return on investment before carrying out more production activities on the continent. This could affect oil-dependent nations like Nigeria, Angola, Equatorial Guinea, among others, if these IOCs withdraw funding for  hydrocarbons if threatened.