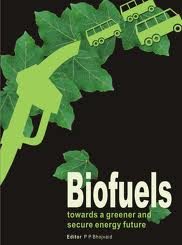 The U.S. Environmental Protection Agency on Friday unveiled a raft of measures that agency chief Andrew Wheeler said are designed to help oil refineries cope with fallout from the coronavirus, including waiving anti-smog requirements for gasoline and extending the deadline for small facilities to show compliance with the nation’s biofuel law.

The outbreak has touched off a massive global decline in demand for motor fuels and forced companies to reduce staffing levels to slow infection rates.

Typically U.S. fuel dealers are required to stop selling winter-grade gasoline on May 1 as summertime anti-smog standards come into play. But marketers will now be allowed to sell the fuel until at least May 20, and possibly beyond.

“The reason we have to do this is because people are driving fewer miles and the winter blends are stockpiled in all the tanks,” Wheeler told Reuters. “There’s no place to put the summer blend.”

The EPA, he said, will also extend the deadline for small oil refineries to prove their compliance with the Renewable Fuel Standard (RFS), the law that requires refineries to blend billions of gallons of biofuels like ethanol into their fuel or buy credits from those that do.

Refiners are typically required to prove their compliance by March 31, but facilities with less than 75,000 barrels of daily processing capacity will be given extensions.

Wheeler said the decision was related to ongoing litigation over the agency’s Small Refinery Exemption Program, which can free some small plants of their obligations under the RFS. A federal court ruled in January that the EPA had been too free with the waivers, and while the EPA did not challenge the ruling, some refineries have.

Wheeler said it would be unfair to force small refineries to comply with the RFS before that case is over.

“We’re extending the compliance assistance to all the smaller refineries,” he said.

In the meantime, the agency will not revisit or rescind any of the exemptions it has given to small refineries in the past.

“Investigating and initiating enforcement actions against small refineries that were previously subject to an exemption is a low priority for the agency,” the EPA said in a press release outlining the moves.

Out of $13.22m invoices issued to Benin, Niger, Togo for electricity received, only…

Africa Oil Week announces the 2021 event edition will be…

Total Partners with Shenergy Group to Jointly Market LNG in…