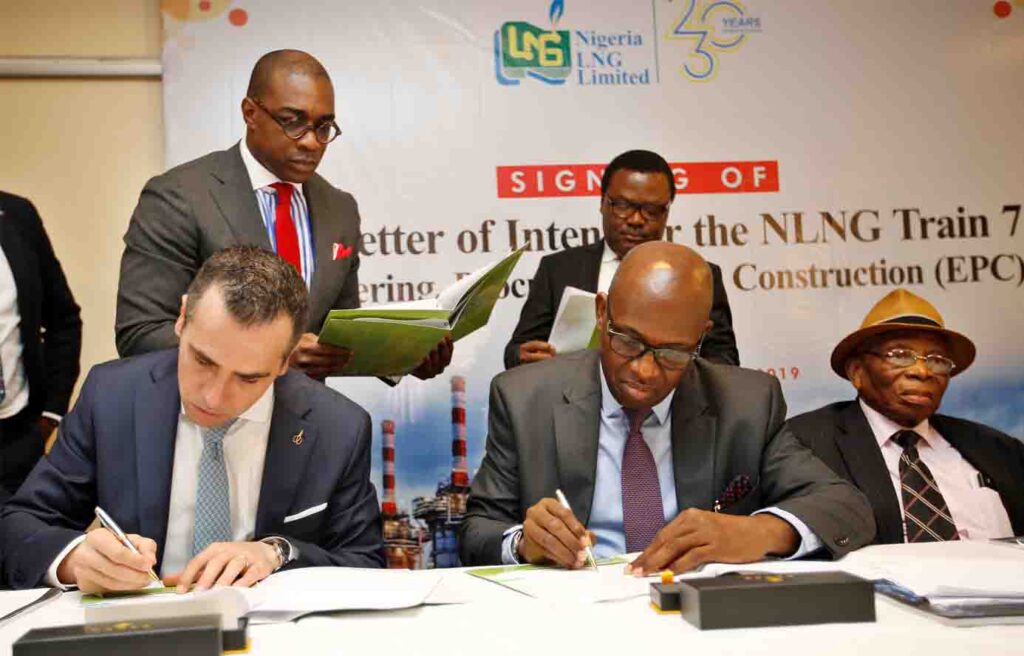 The Managing Director of the Nigeria Liquefied Natural Gas (NLNG), Engr. Tony Attah, on Tuesday, said that Train 7 project will set the record in the Nigerian content capacity development for the years to come.

Attah stated this while making a spotlight presentation on Train 7 titled “Train 7 – Strengthening Nigeria’s Position Among the World’s Largest LNG Exporters”, at the 20th anniversary of the Nigeria Oil and Gas Conference and Exhibition, currently holding in Abuja.

Represented by the General Manager – External Relations, Mrs Eyono Fatai-Williams, Attah noted that Train 7 will further the development of the country’s local capacity and businesses through 100 percent in-country execution of construction works, fabrications and major procurements.

He encouraged oil and gas service companies in the country to take advantage of the enormous opportunities that the project present, stressing that there will even be more opportunities with Train 8 and beyond.

“I therefore enjoin all prospective players and service companies to key into the various aspect of this project, because the opportunities are huge and exponential.  There will be opportunities in  construction, in cable, in different areas. Riding on the back of Train 7, the prospects for more growth with Train 8 and beyond seem bright as the company’s cores are focused on gas through the gas agenda.”

Attah, however, pointed out that it is clear that renewable energy alone cannot  meet the energy demand of the growing population, adding that gas is the next option, and will remain relevant in the energy mix.

He said that in 2007, the NLNG responded to the shortage of Liquefied Petroleum Gas (LPG) in the country, adding that today, the company is committed to supplying over 470,000 Metric Tonnes of LPG annually into the country.

Attah informed that the NLNG recently, signed 10-year LNG Sales and Purchase Agreements (SPAs) with three Nigerian offtakers for the domestic supply of over 1 Million Tons Per Annum (MTPA) of LNG.

On Corporate Social Responsibility, he said that the company is currently constructing Bonny-Bodo road, to link Port Harcourt mainland, in partnership with the Federal Government, at the cost of N120 billion, and recently launched community insurance scheme, which provides a one year full health insurance coverage for an individual for just N10,000 in Bonny Island.

The FID was followed by the signing of the Engineering, Procurement and Construction (EPC) Contracts  in May 2020, for the project with the SCD JV Consortium, comprising affiliates of Saipem, Chiyoda and Daewoo.

President Muhammadu Buhari, on June 15, 2021,  flagged off the commencement of construction work on the project. The project is expected to be completed within five years from start of construction.

SHELL PHOTOSTORY: The Minister of State for Petroleum Resources, Chief Timipre Silva visits Shell stand at the opening ceremony of the 2021 edition of the Nigeria Oil and Gas Conference in Abuja… on Tuesday.