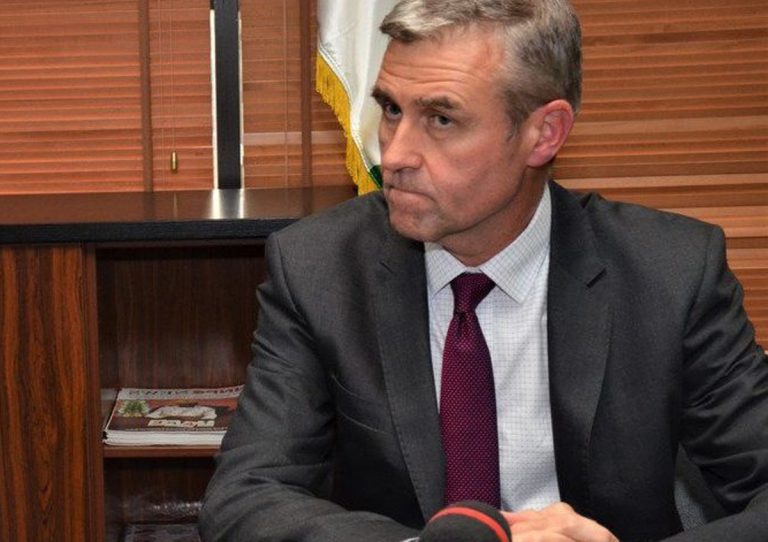 The Managing Director and Chief Executive of Total E&P Nigeria Ltd, Mr Mike Sangster, says his organisation was committed to supporting sports and using the same to promote charity in Nigeria.

Sangster made the assertion on Saturday in Lagos during the 2019 Total Charity Golf Tournament held at Ikoyi Club 1938, where two Non-Governmental Organisations were given Cheques of N1 million each to support their programmes.

He commended the participants in the tournament, noting that the event was for Golf competition and a platform to raise money for charity as part of the Corporate Social Responsibility (CSR) initiatives by the company to support the disadvantaged in Nigeria.

The managing director said that they had leveraged this sport platform to help the weak and vulnerable in the society, adding that the 24th edition chose the two NGOs due to programmes that were having positive impact on the society.

The NGOs, according to Sangster are Paroche Outreach Foundation that created campaign against substances usage/abuse/addiction, and to bring about the desired and unprecedented post-rehabilitation care for those struggling with any kind of addiction.

He said the second NGO, the Nigerwives Braille Book Production Centre, an NGO set up by foreign women married to Nigerians providing educational materials for the visually impaired primary, secondary and tertiary students.

The Deputy Managing Director, Deep Waters, Total E&P Nigeria Ltd, Mr Ahmadu-Kida Musa, said that the organisation had been involved in supporting many sporting events in Nigeria, including national leagues.

Musa said that Total decided to support sporting events in Nigeria because of it unifying factor to the people of Nigeria.

He said that Nigeria’s political parties did not unite Nigerians as to what sports does, noting that his organisation would continued to support sports and charity.

The founders of the two NGOs said that the support from Total E&P Nigeria Ltd would go a long way to carry out their obligations.

Mrs Titilola Adebayo, Founder of Paroche Outreach Foundation, said she decided to set up the NGO after loosing her son, Taiwo Adebayo, who was knocked down by a drunk driver in a hit and run accident.

The platform is to rescue many young people involved in drug, stressing that drug addictiong among the young ones had become an epidemic and commended Total E&P for the gesture.

She called for more support from other multinational organisations with a view to assist the visual impaired students in Nigeria.

The awards were given to the Golfers who won in different categories.