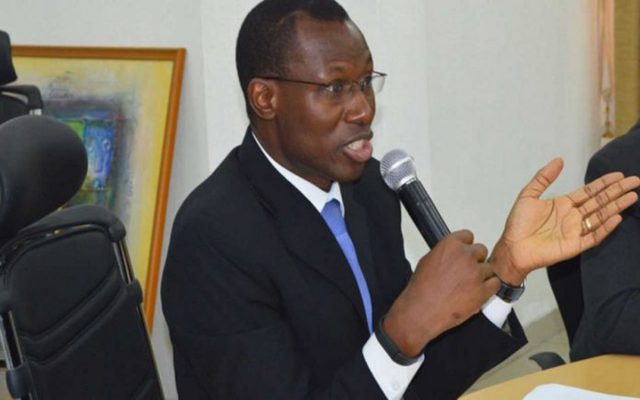 As a result of the unstable power supply in the country, telecommunications operators spend a lot of money buying fuel.

According to operators, the average network cost in Nigeria is twice or thrice higher than the cost in some African markets.

The implications of such an absence of reliable power infrastructure are far-reaching.

There have been serious concerns over the state of electricity in the country.

Operators say that 60 per cent of their operating cost goes into  generating electricity to power base stations which has made the telecommunications business unprofitable.

The operators express concern that aside from the issue of inconsistent power supply, regular theft of batteries and other telecommunication equipment at base stations are also discouraging investments in the industry.

Dr Adedoyin Adeola, the Vice President, Network Operations, Airtel Nigeria, notes that power supply is being sabotaged by different people who are benefiting from alternative forms of energy.

According to him, network operators in Nigeria and few other African countries are the only ones that introduce two power generating sets into their business.

Adeola says in other countries, operators rely solely on electricity from the national grid.

“It is only in Nigeria and a few other countries that we factor having two power generators in our business case, ’’ Adeola notes.

The Chairman, Association of Licensed Telecommunications Operators of Nigeria (ALTON), Gbenga Adebayo, says though operators have introduced different kinds of innovation to solve the problem of power supply, theft of batteries and solar panels still remains a challenge.

“We have considered other sources of energy. We installed solar power panels in some locations.

“Those sites have been vandalised and the cells are taken to the local community and used to play table tennis.

“The local government and state authorities are asking us to pay for generator emission test. So, we ask them if the ones we use on our sites are not also used in homes and offices,’’ Adebayo argues.

He observes that poor power supply has made  the telecommunications business less profitable.

The ALTON boss says money spent in fuelling power generating sets could have been used to provide more quality services for consumers.

Adebayo, therefore, urges the Federal Government to provide stable power supply to reduce expenses on fuelling generators at base stations.

He recalls that in the past 20 years, the sector has contributed immensely in terms of job creation directly and indirectly.

He says the sector contributes over N200 billion to the Federal Government through taxes.

“The telecommunications industry has been an enabler of social inclusion, bridging the digital divide in the country.

“Our banks today cannot function without the telecommunication sector. Imagine a situation where all base stations are shut down; ATMs will not work.

“The sector plays a vital role in the economic growth of the country.

“It is, therefore, essential for the government to treat the telecommunications equipment as national critical infrastructure, by giving the sector maximum protection in order to keep their equipment safe,” he suggests.

Adebayo also suggests that the government needs to look for a lasting solution to solve the issue of inconsistent power supply in the country.

Abu explains that the cost of fuelling generators is driving up the cost of doing business and making the business less profitable.

“We are not going to wait for the grid. We are rolling out designs that are completely off-grid.

“Power from the grid is erratic and it burns our equipment,’’ he notes.

He, however, points out that operators have started investing in energy-efficient equipment to reduce fuel.

There is need to improve power supply in the country so that manufacturers, telecommunication companies and other small scale businesses can spend less money fuelling generators.

The government also needs to identify the obstacles slowing down the process of having constant power supply in the country.

The government should also treat telecommunications equipment as national critical infrastructure by providing maximum protection to keep them safe.