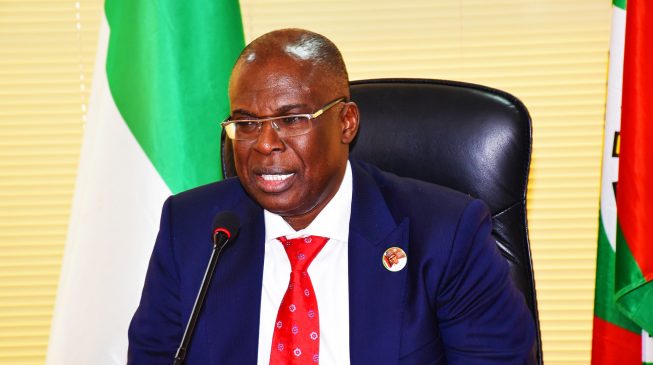 The Minister of State for Petroleum Resources, Timipre Sylva and the Saudi Arabian Minister of Energy, Abdulaziz Bin Salman, have reiterated their firm commitment to the agreement of Organisation of Petroleum Exporting Countries and its allies, known as OPEC+ ,  to cut production output for oil market rebalancing.

It would be recalled that OPEC+ had in April agreed to cut their oil production output by 9.7 million barrels per day, which took effect in May.

According to Petroleum Africa,  the two ministers expressed their countries’ commitment to OPEC+ target during a phone conversation, which focused on developments in the global oil markets, the improvement in demand for oil, and progress towards full implementation of the OPEC+ agreement.

In a joint statement issued by both ministers, Salman, who is the chairman of the Joint Ministerial Monitoring Committee of OPEC+, emphasized the importance for all OPEC+ participants of meeting their production stated in the agreement, in order to accelerate the rebalancing of the global oil market.

On his part, Sylva while confirming the commitment of Nigeria to the OPEC+ agreement, clarified that the country has not yet met the terms of the agreement and is currently below the level of the agreed cuts, as reported by the secondary sources that monitor the market.

He also confirmed that Nigeria will raise its level of conformity to 100 percent, and will compensate, during the months of July, August and September, for the over-production in May and June.

At the end of the call, the two Ministers stressed that efforts by OPEC+ countries towards meeting production cuts as stated in the agreement will enhance oil market stability and help accelerate the rebalancing of global oil markets.