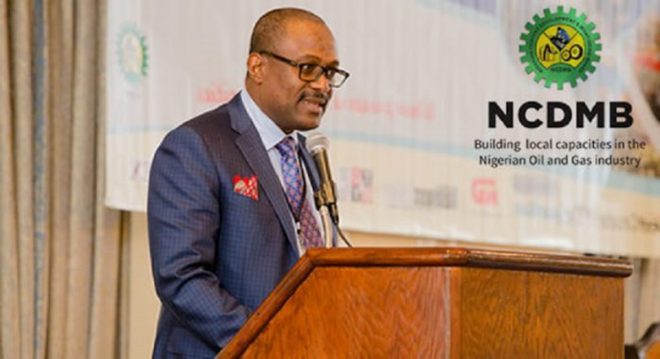 Oil and Gas industry stakeholders on Wednesday called for a streamlined regulatory environment to attract investment and make the sector competitive.

The stakeholders made the submission at the ongoing Practical Nigerian Content Conference and Exhibitions holding in Yenagoa.

The theme of the conference is “Leveraging Local Expertise for Market Growth and Expansion”.

During a panel discussion on “Facilitating a commercially viable business environment through inter agency collaboration” the speakers noted that a one-stop shop model for regulatory agencies was desirable.

Mr Simbi Wabote, the Executive Secretary of Nigerian Content Development and Monitoring Board (NCDMB), said the board had taken steps to reduce bureaucracy that prolonged the contracting cycle in the oil and gas sector.

He said that NCDMB had simplified most of its approval processes by automating them to ensure seamless and swift issuance of regulatory clearance to operators.

He said the board recently automated the approval processes for approval of expatriate quotas to guide the Ministry of Interior for the issuance of expatiate quota.

Sen.  Teslim Folarin, Chairman Senate Committee on Nigerian Content, said that following the success recorded by NCDMB, the legislature was planning to extend the Nigerian Content Law to other sectors of the economy.

The sectors envisaged to be covered by the new law include power, ICT, construction , telecoms amongst other sectors.

He said that the Senate planned to repeal the Nigerian Oil and Gas Industry Content Act 2010 and re-enact the Act to include modifications that would  make the new legislation to apply to other sectors.

AMr Victor Okoronkwo, Managing Director, Aiteo Eastern Exploration,  who spoke for the Oil Producers Trade Section of Lagos Chamber of Commerce, noted that the group was yearning for improvement on Nigeria’s ease of doing business.

He said  multiple  taxes and overlapping responsibilities by government agencies were  adversely affecting the profit margins of oil firms, a development that discouraged the inflow of investment capital.

According to him, the sector remains open to dialogue with government to make the Nigerian oil and gas sector competitive to attract more investment.