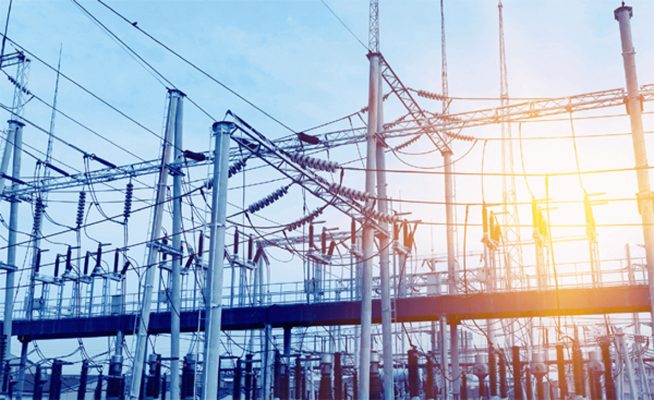 The electricity outage occasioned by the face-off between the Ijaw Youths Council (IYC) and the Port Harcourt Electricity Distribution Company (PHEDC) has entered the 10th day with unpleasant impacts.

The IYC had, on Dec.23, besieged the offices of the PHEDC and forced the staff to shut down operations, occupying the premises to protest perceived poor power supply to residents.

The development, which resulted in a total power outage in Yenagoa and its environs, as well as Ahoada and some parts of Rivers, has made the residents to rely wholly on power generators with resultant increase in petrol demand and cost of living.

A checks in Yenagoa indicate that filling stations struggle to cope with long lines of residents who throng the stations and wait for hours to buy fuel in jerry cans.

learnt that dialogues and other efforts to resolve the conflict hit a brick wall, as the power distribution company claimed that it was grappling with a debt burden of N16.5 billion as at November, 2019, which hampered its operations.

The IYC subsequently challenged PHEDC to substantiate its claim that customers in Bayelsa owed it N16.5 billion.

Mr Kenedy Olorogun, Central Zone Chairman of IYC who gave NAN an update on a dialogue sought by Bayelsa Government to resolve the face-off, said the debt claim was a ‘fairy tale’ to cover up incompetence.

According to him, information from the Transmission Company of Nigeria (TCN) showed that there was sufficient power at the substation at Gbarain, Yenagoa, but the PHEDC was not taking the power to homes.

TCN, on Aug. 20, 2019, announced the lifting of a suspension order from the electricity market it placed on the PHEDC on July 27, for breach of ‘Market Conditions/Participation Agreement.

According to a notice available on TCN’s portal, the lifting of the sanction was a regulatory measure to ensure that distribution companies evacuate available power.

TCN said that lifting of the sanction followed PHEDC’s compliance, and took effect on August 19, 2019.

The PHEDC and TCN had been shifting blames on the poor power supply in Bayelsa, with TCN saying that the PHEDC was unable to take up available power at its substation, while the PHEDC alleged that it was not getting enough power from the TCN’s grid.

Olorogun said that the N16.5 billion debt had no bearing with power supply to Bayelsa which was the basis of the protest, adding that the claim was cheap blackmail.

“The leadership of IYC Central Zone is challenging the claim made by the PHEDC that Bayelsa people owe electricity Bill of Sixteen Billion, Five Hundred Thousand Naira (N16.5 billion).

“The people of Bayelsa have not been enjoying uninterrupted power supply over the years; that is the reason we are protesting.

“How did we get such a huge amount when we are saying that we do not see power?

“The claim is just blackmail, we are demanding for service for which we are ready to pay, we are saying we can no longer pay for darkness and services not rendered. That is our position.

“We call on PHEDC to produce a proof of its claim with all necessary documents, or be ready to face legal actions by Ijaw people for defamation of character caused by the allegation.

He said that Ahoada Community also shut down PHEDC office in the area, leading to blackout in the ancient town during Christmas.

“PHEDC staff are now living in fear as their lives have been threatened by the IYC who warned them not to be spotted around the offices and claim it has taken over offices in Yenagoa.

“In addition, the IYC threatened that any vehicle belonging to PHEDC spotted in the city will not only be seized and impounded, but will have its driver assaulted.

“The IYC, according to its leadership, is demanding uninterrupted power supply and removal of breakers.

“At various meetings previously held with the IYC, PHEDC made it known that installation of breakers was for administrative convenience of the company and not to jeopardise the life span of the equipment.

“On the 24-hour daily power supply, the IYC has repeatedly been told that limitations from the national grid does not allow that for now; PHEDC gets its share based on what is generated.

“The responsibility of PHEDC, for the umpteenth time, is to distribute what it gets to its customers in Akwa Ibom, Bayelsa, Cross River and Rivers.

“Yenagoa is not marginalised in terms of power supply as alleged by the Ijaw Youth Council, but it is a common knowledge that every disco, including PHEDC, does systematic load shedding.

“The sustainability of not only PHEDC but the power sector generally depends on payment of electricity bills by customers,” Onyi said.

Onyi said that the company was burdened by high debt profile, adding that as at Nov. 30, 2019, electricity consumers in Bayelsa owed PHEDC about N16.5 billion, thereby hampering its operations.

“PHEDC is not at war with any of its customers or indeed the IYC, but where some people decide to take laws into their hands by chasing staff away from performing their legitimate duties, it calls for a serious concern.

“We, therefore, call on relevant government functionaries and security agencies to prevail on the IYC to vacate PHEDC offices.

“On the other hand, Ahoada Community did not only shut down our office, it also damaged items including office materials in addition to seizing its operational vehicles,” Onyi said.

He said that PHEDC had witnessed series of protests in its franchise area in spite of its efforts at improving service delivery by introducing several initiatives.