A committee chaired by Dr. Dakuku Adol Peterside, director general, Nigerian Institute of Maritime Safety and Administration (NIMASA), has also been set up with guidelines for disbursement of the funds.

Amaechi made this known at a meeting organised by NIMASA for Cabotage Stakeholders in Lagos, Thursday. Speaking to newsmen shortly after the meeting, Amaechi said, “In the past, the money was applied to building maritime university and faculties of maritime in other universities across the country. This would be the first time the money is applied to Ship Owners directly.

Amaechi explained that as part of efforts to mitigate the risk involved in disbursing the funds, financial institutions would be involved and the fiscal risk would be borne by the banks involved.

“The banks will be involved in developing the criteria for the disbursement of the fund, so the risk will be borne by the lending institutions,” the minister said.

Amaechi also noted that the committee would determine the percentage interest to be inserted in the procurement of CVFF.

Earlier, director general, NIMASA and head of the Committee, said the meeting was convened on the instance of the minister to discuss the singular issue of CVFF disbursement.

He said after extensive discussions with the relevant stakeholders, it was decided that the committee should come up with the draft guidelines.

Dakuku said, “the minister will study this draft and pass on to the National Assembly for approval in line with the Cabotage Act. Thereafter, we will move to the next phase of actual disbursement, using the banks as platform.”

He also disclosed two factors that would determine the disbursement of CVFF, “One factor will be how soon the National Assembly approves the draft guidelines and the other factor will be that the provisions of the guidelines will have to be followed adequately by the participating banks. So stakeholders have to meet these requirements before the disbursement of CVFF.”

Responding, Mrs. Margaret Orakwusi, chairperson, Ship Owners Forum (SOF) expressed satisfaction at the development, noting that she would look forward to the disbursement of the fund and a better shipping industry where the fund would be utilized judiciously. 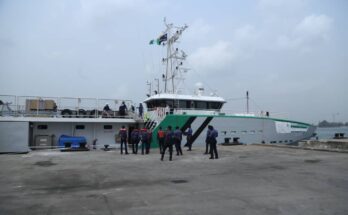 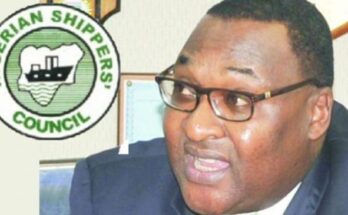