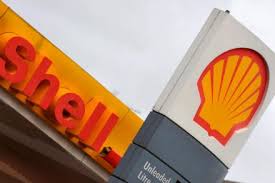 In a report by Bloomberg correspondents, Both deals, announced Tuesday and seen completing in the second half of 2021, follow a pickup in oil and gas acquisitions after 2020’s pandemic-driven slump. Cairn’s retreat from the North Sea comes after several other international producers have withdrawn from the aging region. Meanwhile its purchase in Egypt enables Shell to chalk up proceeds in an ongoing divestment program.

“Cairn needed to rejuvenate its investment case, and this move does that,” Al Stanton, an analyst at RBC Capital Markets, said in a note. “However, shareholders are faced with a steep learning curve” and Egyptian assets typically provide “limited oil-price leverage.”

The deal in Egypt, back on after delays last year, consists of Shell’s interest in 13 onshore concessions and in Badr El-Din Petroleum Co. The U.K.’s Cairn, together with Cairo-based Cheiron Petroleum Corp., will buy the assets for $646 million and make additional payments of as much as $280 million by 2024, “contingent on the oil price and the results of further exploration,” Shell said in a statement.

The deal “will enable Shell to concentrate on its offshore exploration and integrated value chain in Egypt, including seven new blocks in the Nile Delta, West Mediterranean and Red Sea,” the Anglo-Dutch oil major said.

Cairn, in turn, is selling its stakes in the U.K.’s Catcher and Kraken fields to Waldorf Production U.K. Ltd. for $460 million with a further uncapped contingent consideration dependent on oil price and production performance. The fields are moving “into decline phase,” the company said.

Cairn will keep some exploration operations in the North Sea, including the Nelson project in partnership with Shell.

Eni Announces the Sale of It’s Assets in Pakistan