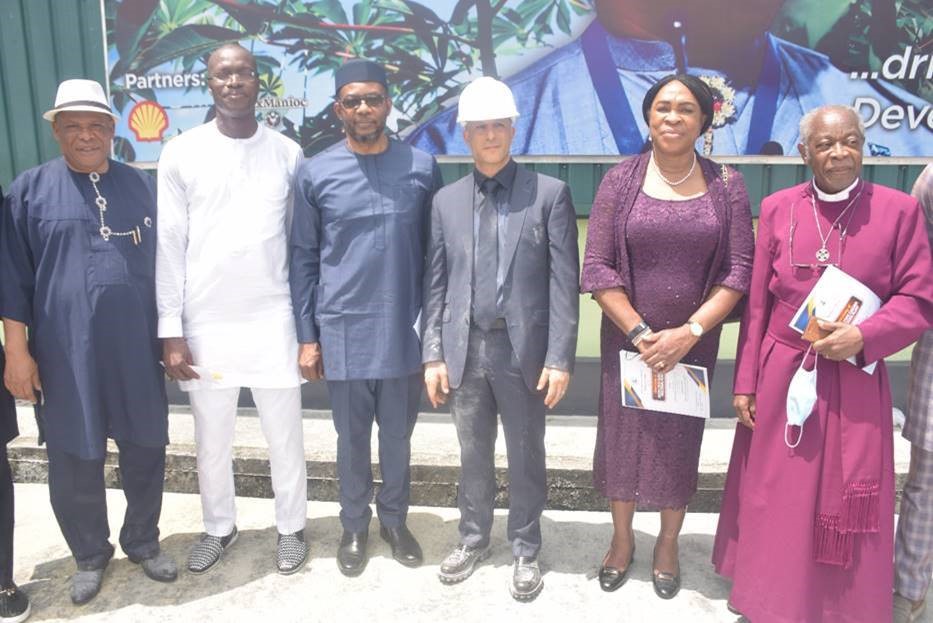 Leading energy company, Shell, on Thursday inaugurated a multi-billion-naira Rivers Cassava Processing Company Limited built in partnership with the Rivers State Government, Vieux Manioc BV of the Netherlands, and the embassy of The Netherlands in Nigeria.

Shell says the company will support the economy and earning power of the Rivers State and its people from the cassava value chain while utilising leading technology to process and create more added value from the household crop.

Country Chair, Shell Companies in Nigeria, and Managing Director, The Shell Petroleum Development Company of Nigeria Limited, Mr. Osagie Okunbor, said, “We’re happy to deliver a project that is designed to provide the agricultural sector of Rivers State and the wider Niger Delta with a sustainable institutionalised off-take mechanism for regional cassava production.”

Okunbor who was represented by the General Manager External Relations, Mr. Igo Weli, said, “It is our hope that a steady source of supply will promote more production of cassava by farmers with the accompanying increase in household incomes and livelihoods ultimately unlocking revenue to government.”

Okunbor commended the Rivers State Governor, Chief Nyesom Wike for his vision and commitment to productive partnership with the private sector to develop the economy of the state.

“Data shows that Nigeria is the largest cassava producer globally, accounting for about 20 percent of total production worldwide. However, though domestic economy’s demand for cassava and its constituents is high, the supply has shown a gap, unable to meet the huge demand,” said Okunbor, adding that the cassava processing company was a critical intervention to bridge the supply gap by providing a reliable offtake for farmers.

Citing some expert reports, Okunbor noted that the local value-addition to cassava via local manufacturing and processing could potentially unlock about $16m in taxes to the government.

The governor led the Minister for Agriculture, Alhaji Mohammed Sabo Nanono, to inaugurate the company, and praised Shell for its foresight and collaboration with the State on the project, noting that the factory would positively impact thousands of Rivers people and create tangible alternative livelihood opportunities.

Wike said, “I commend Shell for believing in us to partner with us. Gradually, Rivers State will reduce its holding in the company to about 10% from the current near 80%,” adding that the initiative was a preferred method of improving lives, rather than giving handouts to individuals.

Speaking at the event, Governor of the Central Bank, Mr. Godwin Emefiele, applauded the governor and the project partners for seeing the project through. He advised governors of other states in the country to take up similar projects, highlighting the CBN’s interest to support such tangible agricultural initiatives.

He challenged state governors to implement strategies that that would make them self-reliant and viable for economic development thereby reducing their dependence on allocation from the federal purse.

Explaining the capacity and operations of the processing plant, the Project Manager, Mr. Ruben Joseph Giesen, said, “The Rivers Cassava Processing Company Limited will process cassava into high quality cassava flour via a unique split processing technology based on the operating principle of taking the factory to the farm gates rather than having the farmer bring the cassava tubers to the factory gate.”

In attendance at the event were the Managing Directors of Nigeria LNG, Mr. Tony Attah; and Sahara Energy, Mr. Kola Adesina; Archbishop of Canterbury’s Special Representative on Conflict in sub Saharan Africa and Bishop of South Sudan, Precious Omuku.