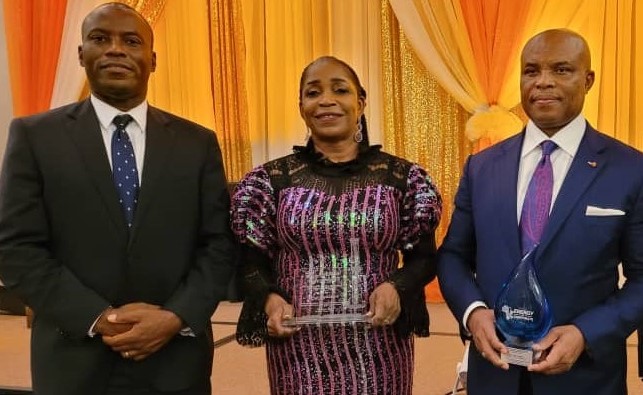 Seplat Energy Plc and its Board Chairman, Dr. ABC Orjiako have emerged winners at the Energy & Corporate Africa Leadership Award Night/Dinner held last week in Houston, Texas, United States for outstanding indigenous performance.
A statement by the company recently said that the award was the climax of the Annual Sub-Saharan Africa Oil/Gas Conference that started from August 12th to 13th August with the theme: The Future of Upstream, Advancing Digitalization and Gas Development Options in Sub-Saharan Africa,   in which Orjiako delivered the keynote address.
The statement informed that Seplat was recognized as the largest indigenous domestic supplier of gas whilst Orjiako won the top indigenous entrepreneur award in the energy sector.
The Leadership Award Night gave an opportunity to profile and celebrate personalities that have helped to stabilize and grow oil/gas business in Sub-Saharan Africa. Among the recipients of the award were: Chief Timipre Sylva, the Minister of State for Petroleum Resources, who was conferred with the Africa Leadership Award; Mallam Mele Kyari, the Group Managing Director, Nigerian National Petroleum Corporation (NNPC) for transformational leadership award, amongst others.
Commenting on the awards, Orjiako, on behalf of the Board, management, and staff of the Company, thanked Energy & Corporate Africa, the organisers of the events, for the honour and recognition accorded the Company and himself. He expressed the Company’s appreciation, saying the awards highlight the hard work and resilience consistently displayed over time.
“Since inception, Seplat has continued to strive for operational excellence and sustainable value creation for all our stakeholders. The awards will continue to propel us to greater achievements,” he assured.