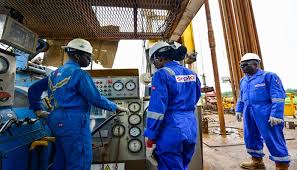 The Chief Executive Officer of the company, Roger Brown, stated this when the Edo State Governor, His Excellency Godwin Nogheghase Obaseki, received a team of SEPLAT executives who were on a tour to the State Government as well as host communities of the Oben Gas Plant facility sited at Oben Field situated in Edo State.

“To date, Oben remains a major gas hub and that the company has recently drilled additional new gas wells in Oben to increase further our production and our ability to meet growing demands,” a release by company quoted Brown as saying.

SEPLAT has deepened its business and investment in energy infrastructure in Oben Field with its construction, years ago, of a massive state of the art ultra-modern gas plant which today supplies gas to energy companies and industries across Nigeria. The Oben gas plant provides gas that facilitates the provision of over thirty-five per cent of electricity in the country. According to Roger Brown, who recently assumed office as Seplat new Chief Executive Officer, it was pertinent to pay courtesy to critical stakeholders who are our hosts in these areas where our significant gas, as well as oil assets, are located.

The SEPLAT CEO congratulated the Governor on his victory at the recent elections and for the successful inauguration for another four years in office. He said SEPLAT would continue to create value for the federal and State governments through the payment of royalty, taxes and levies; Communities through robust corporate social investments especially in capacity development, sustainable community infrastructure projects and economic empowerment programmes.

Brown elaborated the numerous benefits of the Oben Gas Plant to the immediate communities, the State and the country. He also harped on the different activities and programmes of the Company in Edo State. He enumerated a few to include the provision of medical equipment/items to the State Government to support containment of COVID-19 pandemic and also provision of palliatives to Communities to cushion the effects of the lockdown arising from the COVID-19 pandemic.

The SEPLAT CEO added: “As a responsible corporate organization, we are committed to contributing to the development of Edo State, economically and otherwise. Since the commencement of operations in the State, the Company has undertaken important health, education and numerous community development projects to support sustainable development in the State. He highlighted to the Governor that in addition to the yearly Seplat PEARLs Quiz programme for Secondary Schools which has boosted students’ academic performance in the State, the Company has just introduced a new programme targeted at the teachers. The new educational programme called SEPLAT Teachers Empowerment Programme (STEP) will debut in Benin on November 24, 2020. It aims to systematically support and encourage embedding Science, Technology, Engineering, Arts and Mathematics (STEAM) in schools. The STEP programme will develop the competencies of teachers to improve the quality of their teaching. The select teachers will in six months, undergo a customized programme. A total of hundred Teachers from Edo and Delta will be the first beneficiaries, in the first instance.

In his remarks, Governor Obaseki welcomed the SEPLAT team and commended the Company and its partner NPDC for the significant investment made in the State. He pledged the State’s Government continual support of the Company in its quest to drive development in Edo State. He also assured of the State’s and communities’ continued collaboration with SEPLAT in providing the enabling environment for the Company to operate.

He expressed his appreciation for the Company’s social programmes. He noted that the goals of educational initiatives of SEPLAT align with that of the State, which hinges on improving the standard of education. Obaseki continued: “We are focused on education, retooling and resetting our educational system. Thank you for your quiz programme. Our children are now learning because we have retooled our educational system in Edo State. We would like to work with you on the teachers’ employment programme because as a state, we have experimented a lot in terms of teachers’ reforms. I just reviewed the progress we have made in the three-year teachers’ programme that we have just introduced in Edo State.”

The Governor requested to partner with the Company in the construction of roads in some parts of the State. Also, he charged the Company to provide electricity to some immediate communities within its operations.