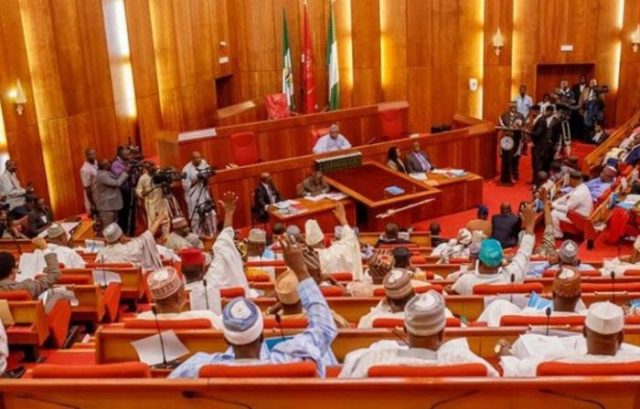 The Senate passed a bill seeking to provide the legal framework for the administration of Nigeria’s territorial sea and offshore activities.

The bill, sponsored by Senator George Thompson Sekibo of Rivers East, recently scaled third reading in the upper chamber is titled: “A Bill for an Act to Repeal the Exclusive Economic Zone Act 2004; and the Territorial Waters Act 2004 and Enact the Nigerian Maritime Zone Act to Provide for Maritime Zones in Nigeria.”

The passage of the bill followed the consideration of a report of the Senate Committee on Judiciary, Human Rights and Legal Matters.

Chairman of the Committee, Senator Opeyemi Bamidele, in his presentation, said the bill seeks to streamline all national laws and efforts in line with global best practices in other jurisdictions and provisions of the United Nations Convention on the Law of the Sea.

According to the lawmaker, the legislation passed by the chamber sets out the legal framework within which all activities in the oceans and seas should be carried out.

He noted that Nigeria had vast resources from the ocean, which included oil and gas, fish and fisheries resources, minerals, placer deposits, salt, renewable energy resources amongst others, hence the need for such legislation.

Bamidele stated that stakeholders at a public hearing on the bill posited that the Territorial Sea, in addition to the Internal Waters, is a zone within which Nigeria enjoys sovereignty.

He therefore emphasised that the legal nature of the maritime zone is relevant and sacrosanct to the negotiation process of the establishment of maritime boundaries.

He noted that recent events with neighbouring states had brought to the fore, the seeming shortcomings of Nigeria’s policy on the ocean, which is not consistent with the United Nations Convention on the Law of the Sea.

“These obvious shortcomings have made it imperative for us to review our maritime zone legislation, and the underlying policy to enable Nigeria to advance its argument for the ‘Extended Continental Shelf’ claim and effective management of the coastal and ocean environment,” he said.

Accordingly, the bill under Part VI provides for the prosecution of offences at the instance of the Attorney-General of the Federation.

In clause 18, it provides that where a person is found guilty of any offence committed in Artificial Island, Installation or Structure, he shall upon conviction be liable to imprisonment for a term of not less than one year or a fine of N3 million naira or both.