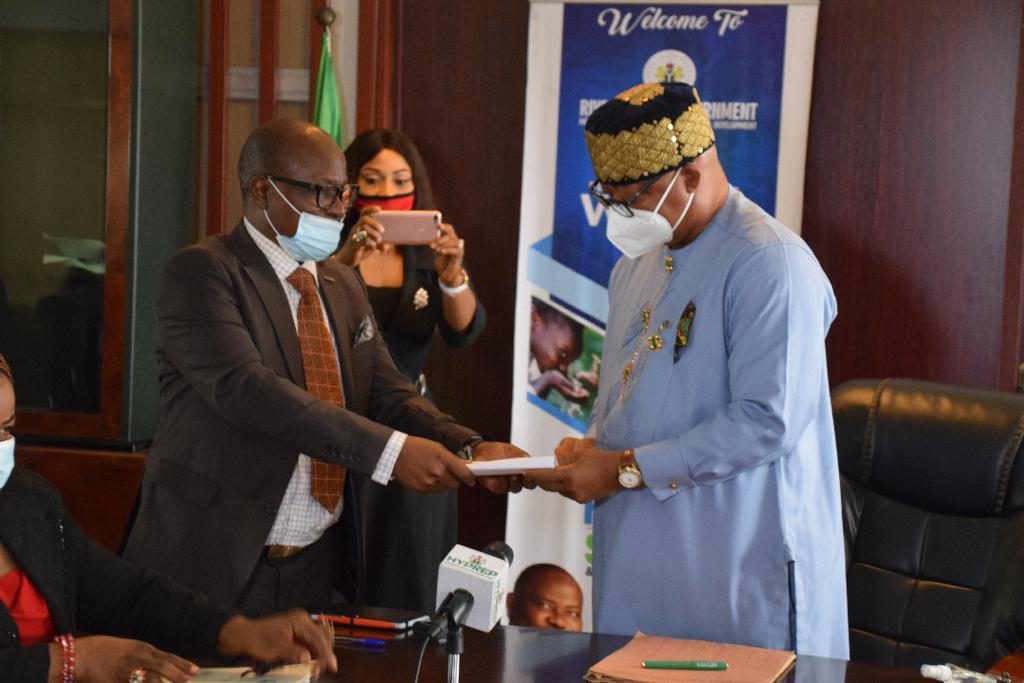 The Rivers State Government has signed a partnership agreement with the Hydrocarbon Pollution Remediation Project, HYPREP, for the provision of potable water in oil impacted communities in Ogoniland.

Dr. Tamunosisi Govo-Jaja, Rivers State Commissioner for Water Resources and Rural Development, said the move was part of the critical project of the remediation of the oil impacted communities in Ogoni land as recommended by UNEP.

The Commissioner explained that the State Government was committed to the development of the State, as well as poised to providing a conducive environment for the smooth execution of the water project.

Gogo-Jaja urged contractors that will be handling the water project to execute the project in line with international best standards, as the present government which according to him, anchors on quality project execution, will not compromise standard.

Also, the Acting Project Coordinator of HYPREP, Prof. Philip Shekwolo, said the event is historic, pointing out that the water project be beneficial to an average Ogoni person.

Shekwolo who commended Governor Nyesom Wike, for prioritizing the development of the State, assured that, the water project will be deliver in line with the specification of government.

While describing water as life, he also lauded the State Government for the partnership in the project and appealed to Ogoni stakeholders to partner the State government and HYPREP, in ensuring successful execution of the project in the area.