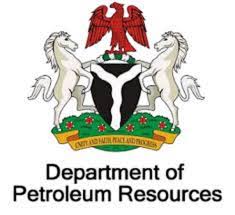 The Director of the Department of Petroleum Resources (DPR), Sarki Auwalu, on Wednesday, said the department generated a total sum of N742,471,639,376.96 billion for the Federal Government in eight months – January to August 2020.

Auwalu made the disclosure during a visit of the Federal House of Representatives Committee on Petroleum Resources (Upstream) to the DPR headquarters in Lagos.

The News Agency of Nigeria reports that the committee, chaired by Mr Musa Adar, visited the regulatory agency as part of its oversight duties.

Auwalu expressed optimism that the regulatory agency would surpass its revenue target for the year despite the  ‘triple force’ of COVID-19 pandemic, oil price crash and OPEC plus production cuts.

He said, “DPR is a revenue collection agency for revenues accrueable to government from oil and gas industry operations.

” DPR operates a cashless revenue system which enables all revenue remittances to be paid directly to the federation account in total compliance with the Treasury Single Account (TSA) policy of government.

“The agency conducts comprehensive quarterly and annual reconciliations of revenue payments to ensure accurate and timely remittances to the federation account.

“It also collects oil and gas royalties which represents proportional value of oil and gas production and sales from oilfields, gas flare penalties imposed for gas flaring,” he said.

According to him, DPR collects concession rentals paid for grant of oil and gas acreages by exploration and production companies and miscellaneous oil revenue.

He said that these consisted of statutory application fees, licence and permit fees and penalties.

Auwalu said that the challenges posed by COVID-19 and oil price crash had made it compelling for a  new thinking and approach for strategic repositioning and business optimisation in the industry.

The DPR boss said the agency had, therefore,  adopted several approaches and streamlined its processes to deepen its influencing role as an opportunity house and business enabler for the Industry.

He said the approaches include  cost control and management, strategic partnership, vertical integration  and diversification and portfolio rationalisation and  operational resilience.

On his part, Adar told newsmen that the National Assembly would expedite action on the passage of the Petroleum Industry Bill (PIB) in order to reposition the industry.

“We want to assure Nigerians that once we receive the PIB,  we will ensure its quick passage.

” There is a good relationship between the executive and  lawmakers and there will be a bipartisan approach toward the bill because we must put Nigeria first as patriotic citizens,” he said.

He said the visit to the regulatory agency had enlightened the lawmakers on the need to enact legislation that would ensure maximisation of Nigeria’s oil and gas resources.