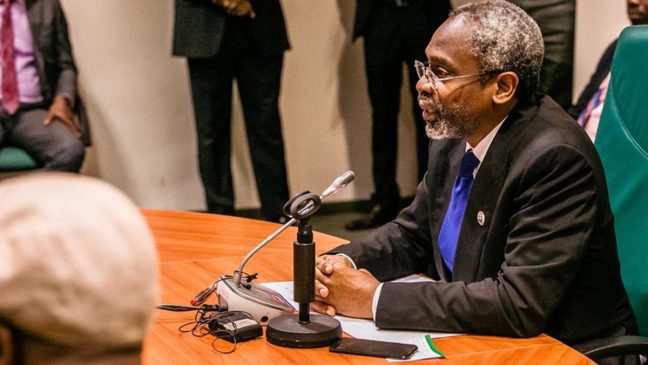 Speaker of the house, Mr Femi Gbajabiamila said this at the public hearing of the committees on Treaties, Protocols and Agreements and on Petroleum Resources (Upstream) on Tuesday.

The hearing was on the Holistic Review of All Agreements and Memoranda of Understanding (MoU) between Oil Companies and Host Communities.

Gbajabiamila, who was represented by Deputy Chief Whip, Rep. Nkeiruka Onyejeocha, said  the hearing was sequel to a motion moved in the house on Dec. 4, 2019.

The speaker said the agreements were guaranteed by the Federal Government and thus gave the communities confidence.

“These joint committee hearings represent an imperative act of service to the Nigerian people.

“Therefore, when oil companies fail to live up to their responsibilities, these communities do not consider these failures to be the sole responsibility of the companies.

“They rightly hold the government accountable too. We must, therefore, act to ensure that these agreements are enforced and that these communities are granted their dues,” she said.

In his remarks, Rep. Ossai Ossai, Chairman, Treaties, Protocols and Agreements said disagreements between the oil companies and  host communities had adverse effects on the nation’s economy.

Ossai said the hearing was targeted at setting up a platform for peace in  host communities and re-awakening the consciousness of oil companies to their social responsibility toward host communities.

“The concept rests on the ideology of give and take; therefore, it behoves on the oil companies to give back to the communities.

“As a result of this development, the house finds it expedient for urgent intervention through a holistic review of all agreements with a view to finding  lasting solutions and a need for all stakeholders to chart a new course for partnership for sustainable peace and development,” he said.

Representatives of several oil companies and host communities were present at the hearing.

The committee, however, agreed to have the managing directors or the executive directors of the oil companies in person to be in attendance at the hearing.

The lawmakers also agreed that all the oil companies appeared on March 3.

“It is the mandate of this committee that you appear; all your MDs must be here and failing to do that, we have authority to summon you by name.

“We will out all MDs on oath and we are not going to take any excuses from any MD. We will go all out to bring such a person to book,” he said.