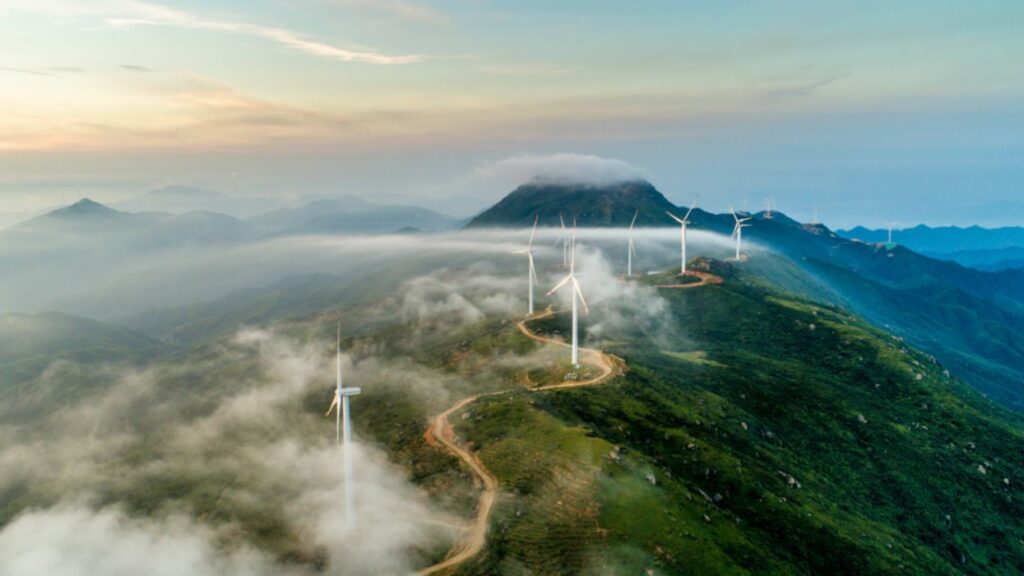 The International Energy Agency (IEA) has said that renewables will account for almost 90 percent of the increase in total global power capacity in 2020 and will accelerate in 2021 to their fastest growth in the last six years, a release by the Agency has said.

According to the global energy watchdog in its Renewables 2020 report, renewable power is growing robustly around the world this year, contrasting with the sharp declines triggered by the Covid-19 crisis in many other parts of the energy sector such as oil, gas and coal.

The IEA in the report, which was released on Tuesday, noted that the current growth is being driven by China and the United States.

The release stated that the report forecasts that  new additions of renewable power capacity worldwide will increase to a record level of almost 200 gigawatts this year. This rise, which represents almost 90 percent of the total expansion in overall power capacity globally, is led by wind, hydropower and solar PV.

It said that wind and solar additions are set to jump by 30 percent in both the United States and China as developers rush to take advantage of expiring incentives.

The release stated further  that based on the report, India and the European Union will be the driving forces behind a record expansion of global renewable capacity additions of nearly 10 percent next year – the fastest growth since 2015.

It explained that this is the result of the commissioning of delayed projects where construction and supply chains were disrupted by the pandemic, and growth in markets where the pre-Covid project pipeline was robust. India is expected to be the largest contributor to the renewables upswing in 2021, with the country’s annual additions doubling from 2020.

Commenting on the report, the release quoted IEA’s Executive Director, Fatih Birol as saying: “Renewable power is defying the difficulties caused by the pandemic, showing robust growth while other fuels struggle.”

“The resilience and positive prospects of the sector are clearly reflected by continued strong appetite from investors – and the future looks even brighter with new capacity additions on course to set fresh records this year and next.”

Giving more analysis on the report, the release stated: “Over the first 10 months of 2020, China, India and the European Union have driven auctioned renewable power capacity worldwide 15 percent higher than in the same period last year – a new record that shows expectations of strong demand for renewables over the medium and long term. At the same time, shares of publicly listed renewable equipment manufacturers and project developers have been outperforming most major stock market indices and the overall energy sector. By October, shares of solar companies worldwide had more than doubled in value from December 2019.

“However, policy makers still need to take steps to support the strong momentum behind renewables. In the IEA report’s main forecast, the expiry of incentives in key markets and the resulting uncertainties lead to a small decline in renewables capacity additions in 2022. But if countries address these policy uncertainties in time, the report estimates that global solar PV and wind additions could each increase by a further 25 percent in 2022.

“Critical factors influencing the pace of deployment will be policy decisions in key markets like China, and effective support for rooftop solar PV, which has been impacted by the crisis as households and businesses reprioritised investments. Under favourable policy conditions, solar PV annual additions could reach a record level of 150 gigawatts (GW) by 2022 – an increase of almost 40% in just three years.”

Birol added that “Renewables are resilient to the Covid crisis but not to policy uncertainties. Governments can tackle these issues to help bring about a sustainable recovery and accelerate clean energy transitions. In the United States, for instance, if the proposed clean electricity policies of the next US administration are implemented, they could lead to a much more rapid deployment of solar PV and wind, contributing to a faster decarbonisation of the power sector.”

The electricity generated by renewable technologies will increase by 7 percent globally in 2020, underpinned by the record new capacity additions, the report estimates. This growth comes despite a 5 percent annual drop in global energy demand, the largest since the Second World War.

However, renewables outside the electricity sector are suffering from the impacts of the Covid crisis. The release noted that biofuels used in transport are set to experience their first annual decline in two decades, driven by the wider plunge in transport fuel demand this year as well as lower fossil fuel prices reducing the economic attractiveness of biofuels. Demand for bioenergy in industry is also falling as a result of the wider drop in economic activity. The net result of these declines and the growth of renewable power is an expected overall increase of 1 percent in global renewable energy demand in 2020.

IBEDC to roll out over 100,000 prepaid meters to customers

RP Global and OOLU Solar partner to launch Westa.Solar, a…