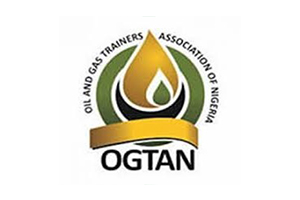 President of the Oil and Gas Trainers Association of Nigeria, OGTAN Mazi Sam Azoka Onyechi has predicted that the outcome of the country’s renewable energy transition will be a mix of several energy types across worlds.
He made this assertion in his welcome address at the OGTAN Lectures Series, titled “Nigeria’s Energy Sector, a review of the Decade of Gas and the PIA impacts, Economic and Sustainability Perspective,” which held virtually on the 11th of October, 2021.
Mazi Onyechi noted that gas is the way forward for Nigeria as the country is endowed with the resource and despite the clamour for renewables to replace fossil fuels, the transition is a gradual process and cannot happen overnight.
“We are now speaking the language of gas, and whereas the clamour is on renewables in place of fossil fuels, the truth as Engr. Simbi Wabote would say, “there is no magic wand, there is no witch around to flip one type of energy, automatically to another.
“The predictable outcome of the renewable energy transition is going to simply be a mix of several energy types across worlds and energy requirements for a very long time with a gradual but definitely steady shift towards the zero-carbon emission goal,” he said.
The President of the apex oil and gas institution stated further that, the virtual lecture which is the third in the year, was to access the inherent potentials of the Petroleum Industry Act (PIA) to create the necessary framework to support the gas sector in meeting several long-term energy challenges of the nation, including power generation, domestic gas utilization and supplies, etc.
“This class would also review the impact of the PIA and its fate in the current energy environment, where the western world seemingly in opposition to our gas initiatives, are advocating defunding of fossil fuel projects, including gas as a result of the global energy transition to renewables,” Onyechi said.
Mazi Onyechi announced that “OGTAN recently partnered with Energy Training Centre to begin the journey of understanding the multitude of terminologies, technologies, opportunities and risks that must be encountered, understood and applied for positive gains from the new energy thrust of our nation especially against the impactful changes that the new industry law, the PIA brings into all these novelties.”
One of the guest speakers, Engr. Justice Derefaka, the Technical Adviser on Gas Business and Policy Implementation to the Honourable Minister of State Petroleum Resources, said the country’s gas reserves is projected at 210tcf by 2025 and 2020tcf by 2030.
He emphasised that the gas industry will serve as a propeller for the development of other sectors of the economy through the provision of raw materials and products.
“According to DPR, our current gas reserves as of the middle of this year is 206.53 trillion cubic feet of gas with an upside potential of 600tcf of gas. We have a projection to 210 tcf of gas by 2025 and 2020 tcf by 2030.
“This industry serves as a catalyst for the development of other sectors of the economy through the provision of raw materials and of course end products such as chemical products, power supply, gasoline to other sectors, such as agriculture, manufacturing, pharmaceuticals and the transportation industries. It is key to our nation’s development.”
Engr. Derefaka said the idea about the Nigerian Gas Flare Commercialization is to move towards the direction where the country is in tune with the sustainable development goals of the 17 SDGs of the United Nation.

He highlighted the significant role digitalization will play as a key enabler towards the actualisation of renewable energy transition.
He noted that “Professional associations like OGTAN have a critical role to play as key energy stakeholders as they build capacity through the development of new knowledge, understanding and insights and can therefore provide effective solutions to complex problems.”
Engr. Derefaka urged OGTAN to design its suites of training across the broad spectrum of the oil and gas sector and embed digitalization companies into the process.
Other guests who spoke at the lecture include: Mr George Etomi, Principal Managing Partner George Etomi and Partners Law; Charlotte Essiet, Director Government Relationships, AOS Orwell Limited; Dr Abubakar Abbas; Lecturer and Programme Leader, M.Sc Petroleum and Gas Engineering, University of Stanford, UK; Nobert Shailsuk, CEO Energy Projects Limited. While Emokiniovo Dafe Akpedeye, the Managing Partner Compos Marines Legal Practitioners and Afolabi Davidson, Head Business Development and Content Management ETC were both moderators of the panel.
They are of the unanimous opinion that the PIA will help deepen local participation in the industry and that it is pivotal to driving interests and investments in natural gas as a tool for economic development.
The Speakers called on the government to look inwards, diversify and also address some critical issues such as inadequate infrastructure, the gas debts, electricity distribution issues, security and governance issues among others.