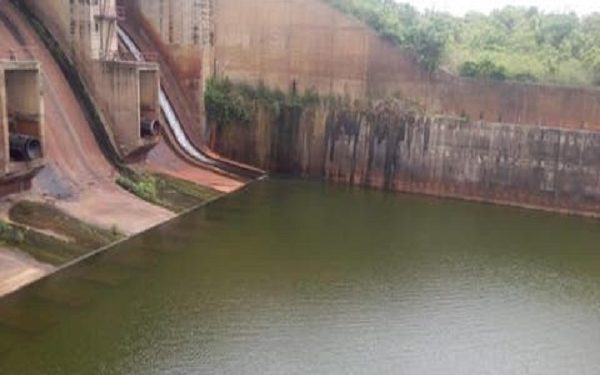 THE Lagos State Government at the weekend reminded residents, especially those close to be banks of the Ogun River, to be on the alert as more water will be released from Oyan Dam this month.

It said the heavy rains predicted for this month by the Nigerian Hydrological Services might compound the   floods that the water from the dam would cause in the state.

The Lagos neighbourhoods that are at the risk of heavy flooding are Agboyi -Ketu, Owode Onirin, Isheri, Ajegunle, Agiliti, Kara, Majidun, and all areas bothering the rivers and the sea in Lagos.

Commissioner for Environment and Water Resources, Mr Tunji Bello raised the alert as The Nation correspondent in Kogi State reported that  some members of Kogi  State House of Assembly and their families were at the weekend forced out of their quarters located along the Ganaja Road in Lokoja by floods.

Bello, in a statement, on Sunday disclosed that 23 million cubic meters of water would be released this month from the Oyan dam in neighbouring Ogun State.

He, however, explained that respite might come by next month when a gradual reduction of water release would be effected to the level of 11million cubic meters.

But he reminded Lagos residents of data provided by the Nigerian Hydrological Services which indicated that July, August, September, and October which are known as JASO months would be characterised by heavy rains, flooding and flood disasters in many parts of the country.

The commissioner however said the government was intensifying measures to minimise the effects of the rains on lives and properties.

He explained that in continuation of preventive efforts against flooding by the government, work  was nearing  completion at all the secondary and primary water channels in the state.

Bello said: “This is in addition to the efforts of our Emergency Flood Abatement Gangs

(EFAG) that are being deployed around the state to undertake quick fix to free manholes or clogged up drains manually.

“For a coastal city like Lagos, let me remind everyone that once it rains consistently for a minimum of eight hours, we are bound to have flash floods caused by the increasing inability of effective discharge into the lagoon which is brought about by a rise of the ocean level.

“This will automatically lock up all our drainages and until the water level goes down, the drainages would be unable to discharge.

“Flash flood is not peculiar to Lagos. It is the new wave in most coastal cities around the world, including those who have adopted the best of technological advancements to curtail flooding it..

“Lagos is at the receiving end of three types, coastal, urban and river flooding because of the peculiarity of its location.”

He admonished residents not to dump refuse in drainage channels and to stop erecting structures on drainage alignments.

Hundreds of residents of Lokoja, and other parts of Kogi State have been sacked in the past days by surging floods.

At least eight households were affected  in the House of Assembly quarters.

One of the members who pleaded not to be named, told The Nation that the last time heavy floods affected the quarters was eight years ago.

He said: “The last time we experienced this kind of situation was in 2012, but then, I was not a member of the assembly.

“The situation is entirely different now, and the waters have found their way into my apartment. Before water started seeping into some parts  of the quarters, my relatives that were driven from their homes in other parts of the state owing to flooding came to stay with me.

“But, look at me now. I can no longer remain here with those that moved in here, It  has become double jeopardy for me as I am now responsible not only to members of my own immediate family but my relatives who came in  search of refuge.”

A number of the displaced residents of Shintako in Bassa Local Government Area were seen  at the weekend crossing over in canoes into Lokoja with some of their belongings..

The floods also took over parts of  Nataco Road and the Old Market areas of Kabawa, among other high density areas of Lokoja.

As of Saturday, access into Ganaja village was basically via canoe or flying boats  as the major road that connects Lokoja, Kogi East and the Southeast was overrun by water.

Those affected called for urgent action to ameliorate the situation, even as they declined to have their names in print.

Presenting the items to the leadership of the council and some traditional leaders, FCT Minister of State, Dr. Ramatu Aliyu,   reiterated FCTA’s earlier call on the residents   to stay-off waterways.

The minister said: “We sympathise with you because all we are giving you is not enough to make-up for your losses. To the Dafa community, we are giving two boats to be used in ferrying goods and services as well as human beings.

“No amount of relief materials will bring back lives and property lost; all we want you to know is to assure you that the government is with you and we feel your pains, and the government will never hesitate to take responsibility. We are telling you once more to please be strong in heart. But please once again avoid waterways. Avoid constructions on the waterways.”

The Kwara state government has however said that further inventory of the areas/households affected by flooding and rainstorms in Ilorin Pategi, Edu and Moro have commenced.

“Further assistance, which is a show of the government’s goodwill, is to be given shortly to all the victims in the most transparent and equitable manner, while the state government awaits assistance from the Federal Government, including the NEMA, “the government said through Governor AbdulRaman Abdulrazaq’s spokesperson, Rafiu Ajakaye.

In the wake of the floods, over100, 000 hectares of rice, maize and millet farms in Kpata-Gbaradogi, fishing and agrarian settlement in Pategi LGA were destroyed.

About 100 residential buildings were also submerged while 1,500 people were rendered homeless.