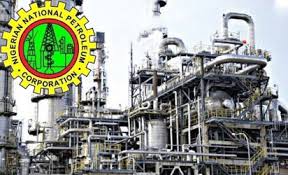 PSCs currently account for most of Nigeria’s oil production – NNPC

PSCs and JVA oil production were closely followed by Alternative Financing (AF), which accounted for 102,162,516 barrels in the production-to-date (PTD) period, as well as the Nigerian Petroleum Development Company (NPDC) which also accounted for 51,018,207 barrels of oil within the review period. In the same vein, marginal field operators and independents produced 55,739,537 barrels of oil within the period.