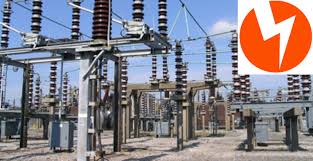 In its move to map the entire electricity sector network, the Federal Government says it has mapped 22 states, 3,000 settlements, towns, villages and  identified over 2.6 million homes in the country.

Acting Director, Renewables and Rural Power Access, Ministry of Power, Farouk Yusuf Yabo, disclosed this on the margins of the inauguration of the project in collaboration with the European Union and the German government.

He noted that the digitalization of the power sector would not only help resolve issues surrounding accountability in the sector, it would improve power supply to Nigerians.

“The federal government has already set for itself a vision 30:30:30 which is a vision to have 30,000 megawatts by 3030 and then 30 per cent of that will come from renewable energy.

“Government will achieve that objective using a two-pronged approach, mainly by connecting the grid to various areas in the country as well as providing electricity through off-grid solution.

He further stated, “This means pole by pole, we have been able to count the networks and distribution levels which is being done for the first time in the history of this country. The whole idea is to move on to a situation where it becomes so transparent for the customer and regulator.

“This will tell us which community is actually connected and which one is getting power at what number of hours. What we are seeing is really a game changer and we are reinventing the power sector.

“In the coming months and weeks you will see the difference and we have the support from the distribution companies and other agencies, the REA and NERC and so on. This will become a benchmark for setting standards across the West Africa sub-region.”