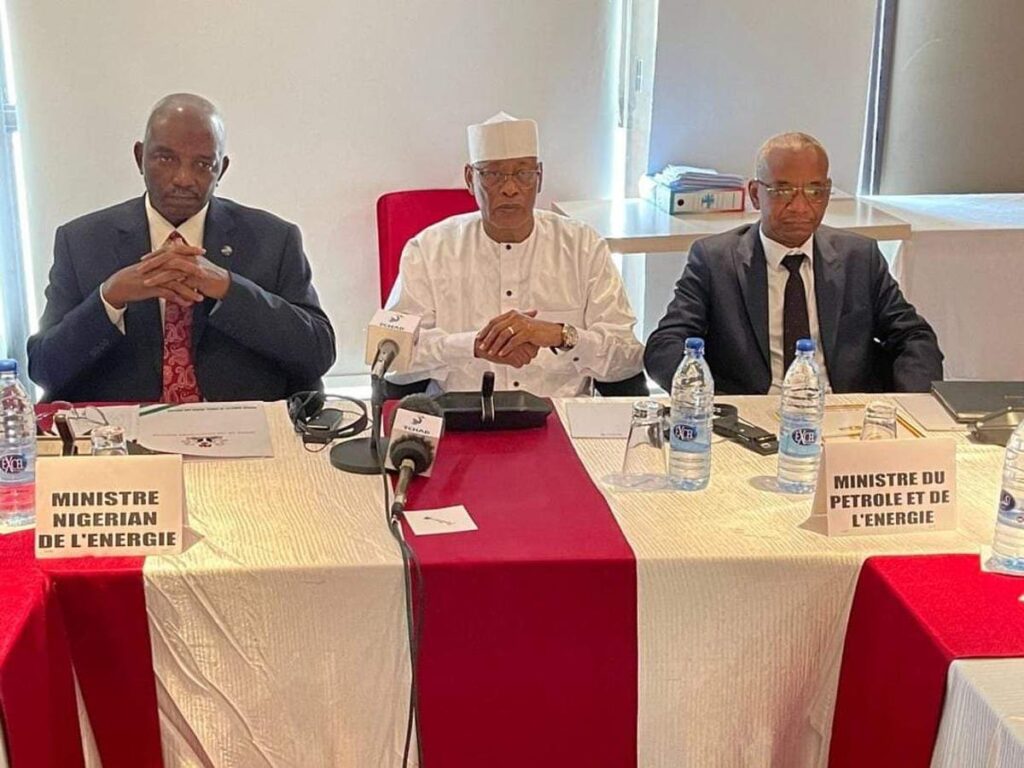 The Minister of Power, Engr. Sale Mamman is currently leading a delegation of Ministry officials, Executives of the Transmission Company of Nigeria and the Management of Mainstream Energy to hold a high-level meeting in N’Djamena, Chad to discuss Electricity Network Interconnection project between both countries.

In a statement posted on his official Facebook page on Thursday, Mamman said “This is in line with positioning Nigeria as a strategic leader within the West African Electricity Market and also a source of significant income for the country.”

Recall that in June last year, the Transmission Company of Nigeria (TCN) had disclosed that a meeting was held to discuss the possibilities of connecting Chad to the national grid.

However, out of $13.22 million service charges and energy invoices issued to the Benin Republic, Niger, and Togo for electricity received by Market Operator and the Nigerian Bulk Electricity Trading PLC respectively in Q1 2020, only $6.66 million was paid, with Togo making zero payment to the country.

It explained: “A total of N4.05billion (US$13.22million) invoices were issued by MO to international customers (i.e., Societe Nigerienne d’electricite – NIGELEC, Societe Beninoise d’Energie Electrique – SBEE and Energie Electrique – SBEE and Compagnie Energie Electrique du Togo – CEET). During the quarter, NIGELEC made a payment of N1.61billion (US$5.27million) as part of its outstanding bills for the energy received from NBET and services rendered by MO. Similarly, SBEE paid N0.43bilion (US$1.39million) in respect of services received from MO.”

Also, in the Q2 2020,  of the N4.10billion (US$13.39million) invoice issued by MO to the Benin Republic, Niger and Togo (i.e., Societe Nigerienne d’electricite – NIGELEC, Societe Beninoise d’Energie Electrique – SBEE and Compagnie Energie Electrique du Togo–CEET), only CEET paid the sum of N1.51bilion (US$4.92million) in respect of services it received from MO.

Nigeria currently generates about 8,000MW, but due to issues around infrastructure from the transmission and distribution end, only about 5,000MW gets to end-users.  With about 200 million population, experts estimate that the country needs about 200 gigawatts of electricity to industrialise.