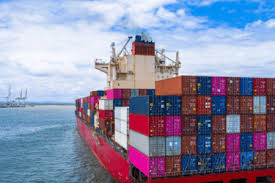 Managing Director, Ports & Cargo Handling Services Limited, John Jenkins, in a recent statement, said the target, though ambitious, was achievable given its impressive 2020 performance despite the myriads of challenges that the maritime sector confronted in 2020.

“Despite the harsh business terrain occasioned by the COVID-19 pandemic, the terrible state of the port access roads and some other hurdles, the terminal still recorded this impressive performance. This is down to proactive business strategy, committed staff, supportive leadership and loyal clients,” Jenkins said.

“We now achieve a minimum of 8,000 TEUs for our barge operations every month. This has greatly improved the terminal’s business offerings and bring great relief to our customers who have had to endure the biting consequence of port congestion primarily caused by poor access roads and the ongoing road construction,” the Managing Director added.