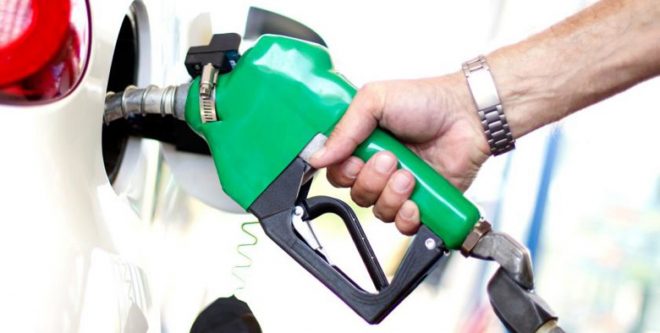 PMS: Abia marketers yet to adjust to N123.5 per litre

Major and Independent petroleum marketers in Abia have yet to adjust to the new pump price of Premium Motor Spirit, otherwise called petrol, in line with the Federal Government’s directive.

The Federal government had last Tuesday announced a new pump price of N123.5 per liter from N125 per liter.

However, barely one week after the pronouncement, marketers in Umuahia, Aba and other parts of the state still sell the product at N125 per liter.

A cross-section of the fuel attendants told NAN that they were still selling their old stock purchased at the old price from the depot.

An attendant at a service station near Uchenna Bus Stop, Umuahia, who spoke on the condition of anonymity, said: “We are still selling the old stock.

“We have not purchased new product for us to be able to sell at the federal government’s new pump price.”

The story was the same in all the service stations visited in the capital city where the product still sells at N125 per liter.

Report from Aba, the economic hub of the state, also stated that marketers had yet to adjust their meters to reflect the new pump price of N123.5 per liter.

Reacting to the development, some residents decried the inability of the marketers to adhere to federal government’s directive.

They expressed concern that it took some days before the marketers adjusted from N145 per liter to N125 per liter.

“Now that the federal government had further reduced the pump price to N123.5 per liter, they have refused to comply,” Mr Kingsley Onuoha, an Umuahia resident, said.

Mr Lawrence Nwoke, a commuter, said that it was worrisome that marketers had yet to comply with the new pump price.

Nwoke said that the development portrayed marketers as insensitive to the plight of the citizenry during the lockdown imposed by the state government to check the spread of COVID-19.

“Federal Government has shown concern over the impact of the lockdown on the citizenry by reducing the pump price for a second time from N145 per liter to N125 per litre and N123.5 per liter.

“It shows that the marketers did not bother about the sufferings of the people arising from the lockdown, hence did not want to make their own sacrifice,” he said.

He called on relevant government agencies to do the needful by constituting a task force to enforce the new pump price in the state.

Also, an Aba resident, Mr Sunny Nwankwo, expressed disappointment over the failure of marketers to adjust their pump price to N123.5 per liter.

The respondents wondered why marketers usually found it expedient to quickly adjust their pump price once there was an upward review but always found excuses to delay compliance during a downward review.

The state Commissioner for Petroleum and Solid Minerals, Chief Ikpechukwu Onuoha, said  that government was not unmindful of the sharp practices by the marketers but was handicapped by the current lockdown in the state.

Onuoha said that government was being cautious about forceful enforcement at the moment in order not to aggravate the harsh economic condition occasioned by the lockdown.

“We will initiate appropriate measure to enforce compliance once the lockdown is over.

“But right now, we won’t want to do anything that would give marketers any reason to shut down the filling stations, which will worsen people’s condition,” he said.