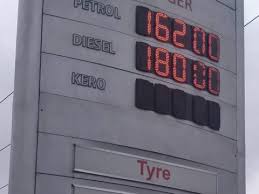 As excitement around the removal of petrol subsidy declines amid concerns with the delay of the Petroleum Industry Bill (PIB), stakeholders in downstream petroleum have faulted the existing arrangement on the basis that it lacks a legislative foundation.

The industry operators also espoused concepts of self-regulation, discipline and standard-setting as important components of the new dispensation which can be driven by consultations between industry associations and the industry regulator.

Major concerns for the operators border on how business, laws and policy converge to deliver value to all stakeholders in the industry. This includes thoughts on competition, self-regulation, the market itself, issues of pricing, and aspirations of the PIB transiting into the Petroleum Industry Act.

Offering insights into the “Post-Deregulation Agenda for Nigerian Downstream Petroleum”, chief executive officer, OVH Energy, Huub Stokman, raised doubts as to the sincerity of government’s intention to deregulate the market as advocated in the PIB.

“While the government has categorically stated its intention to deregulate the market, removal of subsidy is not the same thing as deregulation, as deregulation has to be backed by law”, Stokman said.

According to Hubb, “The existence of a fair interest credit market is all about operating on a level playing field to avoid market distortion. Elements of fairness in this case include market driven pricing based on operators’ structural efficiencies; equitable and transparent access to foreign exchange and acess to infrastructure such as pipelines, jetties and depots on equal terms.”

He called for the Nigerian National Petroleum Corporation (NNPC), which is present in every step of the downstream petroleum value chain, to adhere to commercial processes and play by the same rules.

He continued “Deregulation must be built on the bedrock of legislation as the law needs to remain valid into the future. The legislation needs to be an Act of Parliament that will eliminate government interference and ensure that price regulation cannot be introduced under any guise. Consequently, there should be a review of current legislation, while the Department of Petroleum Resources (DPR) and Petroleum Products Pricing Regulatory Agency (PPPRA) need to be repurposed.”

In the area of Consumer Protection, Huub noted the necessity of establishing an authority to ensure fairness for consumers and operators. “The body will be required to focus on price monitoring; regulate market competition to eliminate predatory business practices; enforce compliance with technical approved standards and enforce sanctions for violations”, he explained.

Propagating the concept of self-regulation in the new dispensation, Chairman, Major Oil Marketers Association of Nigeria (MOMAN) said the industry’s vulnerability to corruption and sharp practices also contributed to calls for deregulation.

Mr Tunji Oyebanji warned against the erroneous notion that deregulation does not mean lack of regulation. “On the contrary, self-regulation is the best form of regulation to encourage best practices and build confidence and trust in the industry. To be driven by industry associations, self-regulation must brace up over and beyond what is provided in the PIB and develop based on industry operations”, he said.

Oyebanji noted that in a deregulated market, industry associations would be required to consult and contribute to guidelines provided by the official regulator.

Oyebanji outlined some action points for industry associations among which include promoting HSEQ, attracting investment, regulating standards and advising on global policy issues such as climate change.

In a review of provisions of the National Petroleum Policy (NPP) in view of Nigeria’s ambitions in the petroleum industry, Executive Secretary of the Major Oil Marketers Association of Nigeria (MOMAN), Mr Clement Isong reiterated the significant role of industry associations in a deregulated market.

Quoting the NPP, he said “Around the world, technical standards are usually developed by industry consultations, while standards are produced by technical committees of industry associations. Industry needs to engage with the regulator to develop consistent technical standards and regulations in areas such as HSEQ, consumer protection, product quality, corporate governance, ethics and human resources development.”

In setting the agenda going forward, Isong said that the intention of the policy is to avoid unnecessary cost. “If we are going to be competitive and keep prices down, the industry needs to get polices and economics right across the value chain to guarantee full cost recovery and investment in logistics optimization”, he said.

“We have not done very well in the past three decades and the petroleum sector has been dominated by state ownership and dominant market power. Consequently, the private sector has been constrained while the lack of regulation impacts governance and cost efficiency. As a result, state control has limited the growth of self-sustaining industries”, he submitted.

On his part, Chairman, Energy Institute Nigeria, Mr Osten Olorunsola, expressed optimism that the PIB, if hinged on critical success factor, would soon morph into the Petroleum Industry Act.

He listed some of these factors to include corporate governance, level playing field, commercial operations, robust regulation and effective collaborations.

Olorunsola, while asserting that the downstream petroleum industry would be primed for business when the PIB transited into the PIA also highlighted possible benefits of the regime.

“We will witness increased revenue and an improved economy; significant impact on cost savings; and reduction in overhead costs. The legally backed deregulation framework will also ensure quality and security of product supply, create jobs and develop improved capacity to sustain the industry”, he proffered.

Akabogu, who advocates for a full blown change of the law for deregulation to exist, also holds a strong opinion that the removal of fuel subsidy has not changed anything. He negated the position of the GMD NNPC, Mele Kyari, who posited that deregulation, is a policy issue and that petroleum product pricing is not a subject of any law.

Asserting that petroleum prices in Nigeria are still controlled, Akabogu said it was important for the market to realise that against the backdrop of extant laws in the petroleum industry, the laws provide for price fixing by the government and until those laws are changed, anything being done now was just pandering to market and budgeting realities which may change at any time.

“If you look at section 6 of the Petroleum Act, the Minister of Petroleum is able to fix prices. In section 5 of the Price Control Act, the government can fix prices of some good including petroleum products and it can be deemed a criminal offence if products are sold above such a fixed price. Meanwhile, in section 9 of the Petroleum Act, the Minister can determine the amount of crude oil to be supplied to a refinery and the price at which the refinery may sell its refined products”, he disclosed.

Akabogu described these as the realities of the situation until the industry transits from the Petroleum Act and the exiting legislation, to the Petroleum Industry Act in order to have any semblance of deregulation.

He advised that pending transition of the law, realities require the industry to conduct due diligence and ensure that government offers more guarantees for trading and increased investments within the segment. This he said may come in the form of gazetting the policy and in the short-term, repealing the PPPRA Act; the Petroleum Equalisation Fund (PEF) Act; the Price Control Act; and the relevant provisions of the Petroleum Industry Act immediately.

Akabogu also called on the industry to engage on the PIB and peruse it carefully to unearth hidden conditions which may assail the principles of the policy. Particularly, he drew attention to clause 31 (L) of the bill which makes provision for the authority to develop and endorse a framework for tariff and pricing for natural gas and petroleum products.

He also highlighted clause 122 (6) of the bill, with the provision for the authority to, due to the exigency of the circumstances, establish a tariff methodology without a stakeholders’ consultation where it considers it necessary to do so.

Akabogu suggested that the industry needed to engage with the bill from a position of knowledge to deal with several other such ambiguities. He stated that without doubt, investments in the sector must be made on the strength of certainties and constitutional guarantees.