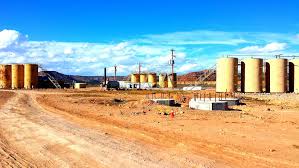 By Mordi Chukwunonso Esther
Oil bearing communities and stakeholders in the oil and gas sector have raised concerns over loopholes in the Host Community fragment of the Petroleum Industry Bill (PIB), stressing that unless Nigeria gets the legislation right, age-long challenges in the region may persist.

This was disclosed by the stakeholders, who spoke at a forum in Owerri, Imo State, organised by the OrderPaper Advocacy Initiative. The stakeholders insisted that billions of naira are being invested in the region either through the 13 per cent Derivation Fund, contributions to Niger Delta Development Commission (NDDC), and others, yet the region remained in shambles.

To them, the oil and gas host communities are faced with persistent development challenges associated with the political economy of oil, which over the years resulted in a resource curse characterised by underdevelopment, poverty, neglect of industry and agriculture, conflict, and crisis.

They decried the failure of government in the region, adding that PIB shies away from the fundamental ownership question, which has lingered and agitated host communities for decades.

They also insisted that the PIB in its current form appears to be a palliative measure rather than a tool for solving real problems and supporting sustainable development in host communities.

According to them, there was a need for equity holding and royalty payments to host communities, stressing that the PIB appeared to be unclear as to the fate of impacted communities, especially those in upstream operations in the Niger Delta region

In his welcome address, Executive Director, OrderPaper Advocacy Initiative, Oke Epia, said the current provisions in the PIB were an assortment of what ‘Abuja’ thinks the region deserves in exchange for the transfer of its resource ownership.

“I am inclined to the view that not only does the Bill sidestep the ownership question, but also tends to outsource government responsibility for robust redress of the debilitating consequences of extraction to corporate bodies,” Epia said.

He said the region may be dealing with a coterie of corporatist instruments of state capture, noting however that a law was better than no law in the ongoing quest for reforms in the oil sector. According to him, while the PIB may not be tailored to address the decades-long resource ownership question, it presents an opportunity to make incremental gains in the agitation for a better Niger Delta region.

The Deputy Senate President, Sen. Ovie Omo-Agege, noted that Nigeria must hurry to make the best use of its hydrocarbon resources.

He noted that the bill makes host communities’ development one of its cardinal objectives, adding that it has potential to unlock huge potential of the petroleum industry, and urged participants to take advantage of the deliberation to make inputs into the law-making process.

They also noted that the contribution of 2.5 per cent of companies’ previous year’s Operating Expenditure (OPEX) to the Host Communities Trust is open to manipulations, and insufficient to address the risks and consequences of petroleum exploration and production.