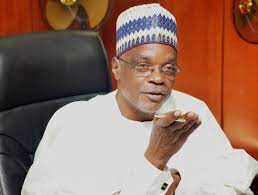 Nigeria’s near-total dependence on crude oil earnings to power its domestic economy will become a thing of the past with an increased focus on gas revenue when the Petroleum Industry Bill (PIB) is signed into law, the federal government has said.

Bitrus Bako Nabasu, Permanent Secretary of the Ministry of Petroleum Resources made this known in an interview with Majorwaves Energy Report at the Nigeria International Petroleum Summit (NIPS) which held in Abuja last week.

According to Nabasu, once the Petroleum Industry Bill (PIB) is signed into law, gas will become a major source of revenue as the nation will experience a shift from reliance on crude to gas.

In the pre-summit conference held in March, President Muhammad Buhari, who also doubles as the Minister of Petroleum Resources, had heralded the “Decade of Gas in Nigeria’, aimed at transforming the nation into a gas-powered economy by 2030.

Nigeria, a predominantly gas nation with proven reserves pegged at 206.53 trillion cubic feet (tcf) and potential gas reserves of about 600tcf (according to the Department of Petroleum Resources-DPR), has for several decades, relied heavily on earnings from crude oil exports which accounts for an estimated 86% of total export revenue. In the last one year, the nation has experienced the double whammy effect of COVID-19 and oil price volatility, with earnings from crude exports falling to $1.764 million (approx. N723 million) in April from $87.14 million (approx. N35.72 billion) earned in March- representing a 98% decline within the period. Domestic gas receipts also dropped from N6.6 billion to N4.7 billion between December 2020 and January 2021, a report by the Nigerian National Petroleum Corporation (NNPC) showed.

But speaking on the potentials of gas relative to demand for oil in the global energy market, Nabasu said that the ministry is “well-positioned” to compete in the global landscape and has put structures in place to implement various policies geared towards revitalizing the gas sub-sector and monetizing the vast resource.

“The ministry is well-positioned and that is why the ministry launched the initiative, ‘The Decade of Gas’. We have realized that gas is the next resource that will take Nigeria further,” he said.

“The big thing we are looking at is our shift from reliance on crude to reliance on gas. You know that we have already started the Ajaokuta -Kaduna-Kano Natural Gas Pipeline (AKK Gas Pipeline).

“This is one of the things that will bring in gas; to power the power generating sector, to power the industries-the gas-based industries, and also provide gas for domestic use and even for auto- auto cars.

“Once the Bill (PIB) is passed, those are the things we are looking at. We will rely on gas as our source of revenue rather than relying on crude which is almost becoming extinct.”

Outlining some milestones of the federal government in the last one year, the Permanent Secretary said the ministry “did very well,” adding that the gas sub-sector is poised to witness exponential growth owing to incentives that will attract private-sector led investments once the PIB is signed into law.

“We had the auto gas rollout; we had the LPG (Liquefied Petroleum Gas) penetration, and the CNG (Compressed Natural Gas) penetration. We want the consumption of gas in-country to be expanded and we have put all structures in place for this,” he said.

“One of the structures is the national gas expansion programme committee which is piloting gas penetration in-country. Other structures are coming with the signing of the Petroleum Industry Bill (which will become an Act once it is signed). We have been promised that it will be passed within the next two weeks or before the end of this June. Mr. President is just waiting. Once that Bill is passed, Mr. President will assent to it and it becomes an Act. Structures are also there to run this decade of gas.

“There are incentives in the Petroleum Industry Bill. There are people waiting for the Bill to be passed. Once that Bill is passed, then there is certainty in the oil and gas sector.  People do not want to invest because there is so much uncertainty.  The moment the Bill is passed, the road will now be clear and people will know that ‘I will put my money and I know how it will end.”