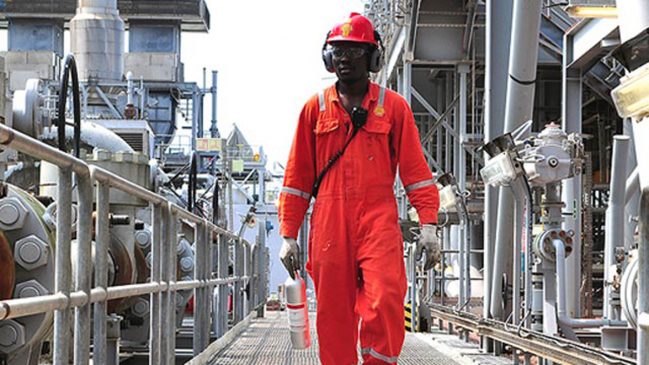 Lekoil 310 Limited, a wholly owned subsidiary of LEKOIL, has entered into a binding loan agreement with the Qatar Investment Authority, the sovereign wealth fund of the State of Qatar (“QIA”) in the amount of US$184.0 million (the “Facility”). The Facility will be disbursed in five (5) tranches over eleven (11) months, with the first drawdown intended to occur in February 2020. The Company looks forward to providing further details on the intended work programme in short order. The tranching of the drawdown of funds under the terms of the Facility is expected to enable LEKOIL to meet the costs commitments under the envisioned work programme as and when they arise.

The Facility, which has a tenure of seven years from the date of first disbursement, is secured against, amongst other things, the shares and assets of Lekoil 310 Limited (“Lekoil 310”) and Mayfair Assets and Trust Limited (“Mayfair”) and includes a moratorium on both the interest and principal repayments commencing from the date of the Facility until six months after the commencement of commercial sale of production from the field. Repayment of the principal and interest will occur subsequently, in equal installments, on a semi-annual basis. LEKOIL holds its interest in OPL 310 through Mayfair and Lekoil 310. The Facility is not secured against any other assets or interests of the Company, including its interest in the producing Otakikpo marginal field.

A Debt Service Reserve Account will be established twelve months after the end of the moratorium period with a one-off amount equal to six (6) months of debt service standing to its credit. The Company will be required to meet a number of covenants on an ongoing basis in order for the Facility to remain in good standing, and adhere to QIA’s policies on procurement, environment and social responsibility and anti-corruption. The Facility is subject to event of default clauses, and a provision that the employment of the Company’s CEO cannot be terminated without good cause during the term of the Facility.

The Facility was arranged by Seawave Invest Limited (“Seawave”), an independent consultancy firm specialising in cross-border transactions with an exclusive focus on Africa. After deducting the commission payable to Seawave by LEKOIL for arranging the Facility, and the upfront fee payable by LEKOIL to the QIA as set out above, the net proceeds of the Facility available to the Company are approximately US$174.3 million.

Background to the Ogo field

Following on from the drilling of Ogo-1 and Ogo-1 ST in 2013 which encountered hydrocarbons within the SynRift and PostRift, LEKOIL and the Operator of the OPL 310 License, Optimum Petroleum, are envisaging a two-well programme with the objective of obtaining dynamic flow data from well test while preserving the drilled wells as producers. It is envisaged that first well spud could occur in H2 2020.

As a condition to the provision of the Facility, Mr Lekan Akinyanmi, LEKOIL’s Chief Executive Officer (“CEO”), will pledge his full holding of 39,138,601 ordinary shares in the Company (“Share Pledge”) as part of the security package for the Facility. In connection with the Share Pledge, Mr Akinyanmi will be compensated with a one-time fee in an amount equal to US$1,840,000 (the “Bonus”) which shall be set off against the existing director loan made by the Company to the CEO in December 2014 of US$1,704,000 (the “Director Loan”) such that the CEO shall be fully discharged and released from his obligation to repay the Director Loan to the Company, and the balance paid to the CEO. If the pledged shares are foreclosed upon, the Company shall issue to the CEO, such number of new ordinary shares of nominal value US$0.00005 each in the capital of the Company as is equal to the number of the pledged shares (the “Share Indemnity”).

In connection with securing the Facility, Mr Akinyanmi will also be granted an award of up to 30,000,000 new ordinary shares in the Company to be issued at nil cost and allotted in five equal instalments (the “Award Shares”) if, and when, the Company’s ordinary share price reaches the following hurdles: 20 pence, 25 pence, 30 pence, 35 pence and 40 pence per share. Each of these share price hurdles must be satisfied by the seventh anniversary of the date of grant of the Award Shares (being today) and each share price hurdle must have been met for a minimum period of 30 consecutive dealing days.

The grant of the Bonus, the Share Indemnity and the Award Shares to Mr Akinyanmi is classified as a related party transaction pursuant to the AIM Rules.

The Directors of the Company, other than Mr Akinyanmi, having consulted with Strand Hanson Limited, the Company’s Nominated Adviser, consider that the terms of the Bonus, the Share Indemnity and the Award Shares are fair and reasonable insofar as the Company’s shareholders are concerned.

Lekan Akinyanmi, LEKOIL’s CEO, commented, “Following the recent achievements of the OPL 310 license extension and the securing of funding for the appraisal drilling and development programme, we are delighted to have made strong progress, as promised, towards the start of the appraisal drilling programme on Ogo. We will continue to work closely with our partner and the Operator of the OPL 310 License, Optimum Petroleum, as we pursue value for our shareholders.”