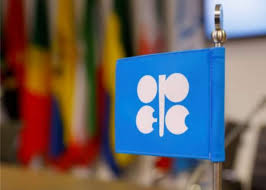 The Organisation of Petroleum Exporting Countries (OPEC) has projected that the global economy will grow by 4.4 percent in 2021.

OPEC Secretary-General, Mohammad Barkindo, stated this at   the 134th meeting of OPEC Economic Commission Board (ECB)  convened  via videoconference on Wednesday.

The two-day meeting is being held in the lead-up to the 8th Technical Meeting of the Declaration of Cooperation (DoC), the 180th Meeting of the OPEC Conference, and the 12th OPEC and non-OPEC Ministerial Meeting, scheduled to hold onNovember 27 and 30, and  December 1, respectively. During this meeting, the Board is expected to conduct a review of the oil market and global economy, in light of the COVID-19 resurgence across the globe and its ongoing impact on market stability and recovery.

The Secretary General noted that despite all the challenges, there is a bright future for the energy industry post-COVID-19. “We see a gradual return to pre-COVID oil demand levels, followed by strong demand growth in the middle of the decade before it gradually decelerates,” the statement quoted him as saying.

Barkindo also commended OPEC’s decisive actions and achievements through the DoC, highlighting that they “have been significant for market rebalancing efforts and directly linked to market stability, the healthy functioning of the oil industry and global economic prospects.”

“All of our efforts, including by far the deepest supply adjustment ever made, have led to the greatest stabilization commitment in oil market history, both in magnitude and duration,” he said.

According to OPEC, “Barkindo also briefed the Board on the Secretariat’s outreach efforts to strengthen producer-consumer dialogue and to share the latest insights on oil demand and supply forecasting in the interest of oil market stability.

“Barkindo added that the effect of the current pandemic on the global economy varies greatly when compared to previous recessions. For example, the service sector experienced unprecedented damage caused by the measures imposed to contain the spread of the virus.

“Barkindo concluded by emphasizing that all forms of energy, including oil and gas, will be needed going forward to support the pandemic recovery process, as well as supply the world’s future energy needs.” The ECB is the economic and technical think-tank of OPEC.

NNPC to focus on gas, condensate to boost revenue