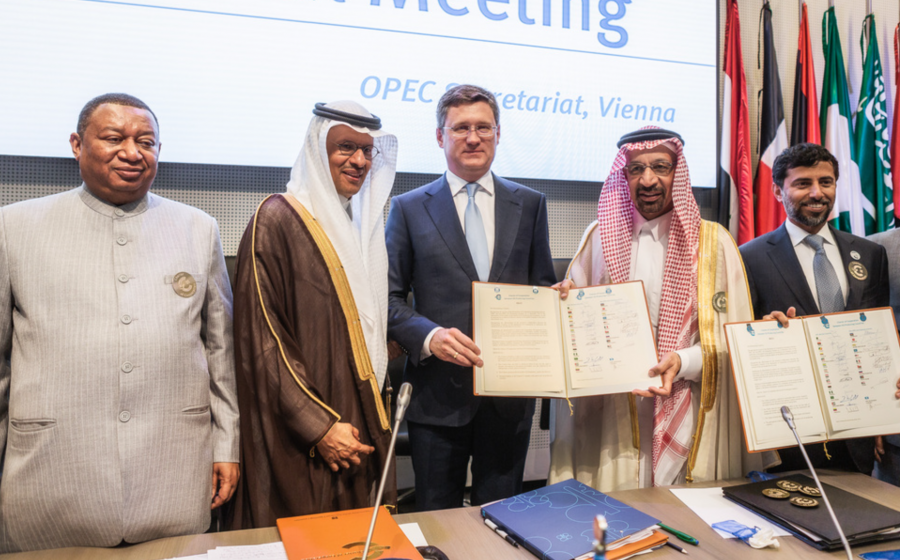 HRH Prince Abdul Aziz Bin Salman, Saudi Arabia’s Minister of Energy and Chairman of the OPEC and non-OPEC Ministerial Meeting, cited the discovery and administration of Covid-19 vaccine as the most important factor for oil in 2021.

In a report by Nairametrics correspondent, He made this remark on Monday, January 4th, 2021, at the 13th OPEC and non-OPEC Ministerial which took place via videoconference.

The chairman started by extolling the collaborative effort put together by OPEC+ countries in cutting back oil production and driving up prices to the $50 levels after the drop to under zero recorded earlier in 2020 when leading countries like Saudi Arabia and Russia fell out and dumped supplies in the market.

Salman said: “ I am sure that each of us has a story to tell of the rollercoaster ride we experienced, and of the trials and tribulations we faced in the year just gone. But when the historians look back on this period, we should hope they write a big chapter on the extraordinary successes OPEC+ has achieved in 2020, in the face of such acute adversity.

“Not only did we achieve the biggest ever cuts to oil supply, but we also saw those cuts through, in a  disciplined and united manner, that said a lot about the effectiveness of our joint efforts. We achieved the highest levels of conformity in the four years OPEC+ has been operating, and for the first time we agreed a mechanism for compensation to make up for any past slippage from our goals”.

He then referred to the arrival of the Covid-19 Vaccine as a light at the end of the tunnel citing the increased economic activity across the world as a major plus for oil demand.

“Our collaborative approach has helped us go a long way towards rebalancing global oil markets after the shocks of last year. But now, as we see light at the end of the tunnel, we must – at all costs – avoid the temptation to slacken off our resolve. It is true that the arrival of several vaccines against the COVID-19 virus is a very welcome sign.

“I said before that vaccination would be the single most important factor in bringing about economic recovery, leading to a sustained improvement in demand for oil. We have seen this in the general return to optimism within the market since the first vaccines were authorized late last year”.

OPEC and Non-OPEC Members (OPEC+) continued their meeting on Tuesday to decide production cuts for February 2021 as oil prices climbed to $53 per barrel, the highest since March 2020.

According to Reuters, “Russia and Kazakhstan had backed raising production while Iraq, Nigeria and the United Arab Emirates suggested holding output steady.” The apparent deadlock has pushed discussion further into Tuesday and it is very likely that the oil cartel will reach a decision to keep their production cuts. According to reports, Russia is pushing for an increase of 500,000 bpd.

Oil production cuts are estimated at 7.2 mbpd in January compared to 7.7mbpd in December an increase of 500,000bpd