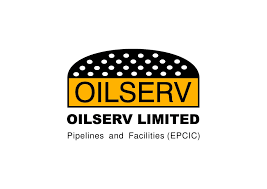 He replaces Adegbite Falade who was recently appointed the Chief Executive Officer (CEO) of the Niger Delta Exploration and Production Plc.

“Oilserv Limited is pleased to announce the appointment of Engr. Celestine Kaine Cliﬀe as the new Group Chief Operating Oﬃcer, [GCOO], of the company. Engr. Cliffe is a 1990/1991 session First Class graduate of Chemical/Petrochemical Engineering from the Rivers State University of Science and Technology who is widely recognized as a highly accomplished Oil & Gas industry executive with exceptional leadership skills and esteemed international exposure. Throughout a career that spans over 29 years, he has garnered a reputation as an innovative, result-oriented visionary leader in the global Upstream Oil & Gas industry. In close to three decades in the industry he has held various roles that span 4 continents and 14 countries including prime energy markets such as the United States of America (Gulf of Mexico), United Kingdom (North Sea), Nigeria, Angola, Equatorial Guinea, Ghana, Congo, Gabon, Cameroun, Ivory Coast, Chad, Sao Tome and Yemen,” Oilserve  stated in a post on its LinkedIn handle.

The company, which has proven its strength in oil & gas pipeline/Flowline including oil & gas facilities (Gas Metering Stations & Flow stations) as well as in gas power generation areas, is one of the companies handling the Engineering, Procurement, and Construction contract of the 614km-long Ajaokuta-Kaduna-Kano (AKK) gas pipeline.