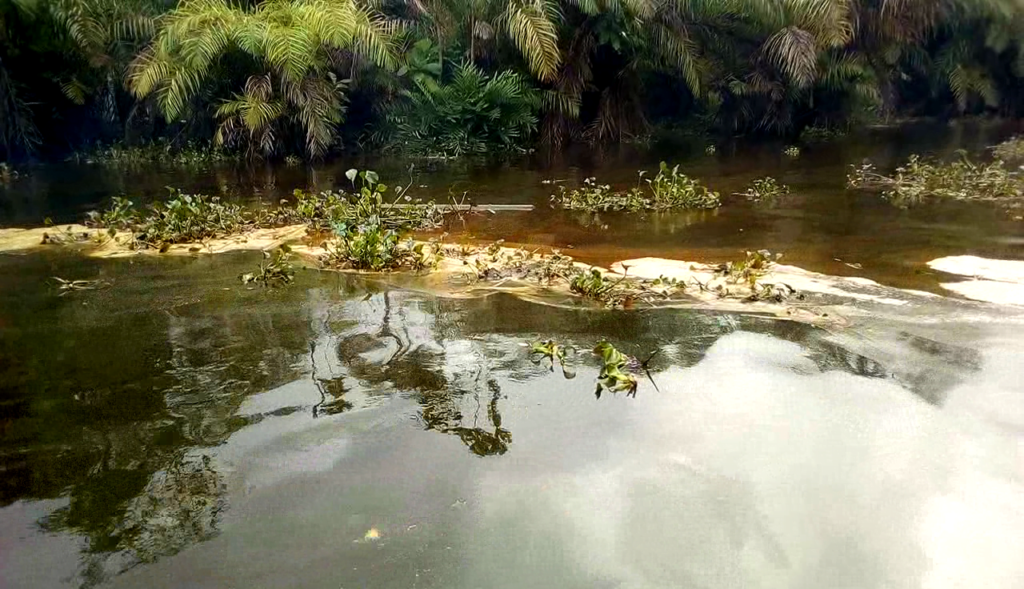 Another oil leak, the third in six months, has discharged a yet-to-be-ascertained volume of crude oil polluting the Okpoama community and its environs in Brass Local Government Area of Bayelsa.

The leak reportedly occurred on Oct. 28 on the 50-year-old Ogoda-Brass crude pipeline belonging to the Nigerian Agip Oil Company (NAOC) near the oil firm’s crude export terminal. Chief Inikio Sele-D, Chairman of Okpoama Kingdom Chiefs’ Council, had earlier the told News Agency of Nigeria (NAN) that two oil leaks were reported on May 12 and on Oct 8. Mr Tarinyo Akono, former Chairman of the Bayelsa State Council of the Nigeria Union of Journalists (NUJ) who hails from Okpoama also told NAN on Monday in Yenagoa that frequent spills from Agip’s facilities had wrought untold hardship on the fishing communities. He said the entire ecosystem had been devastated, creating hardship for those who rely on marine resources for their livelihoods. “This is the third leakage in six months and Agip has been crafty in its approach to sealing the leakages. “It is quite unfortunate that NAOC officials in Bayelsa told the parent company, ENI of Italy that a spillage that has lasted for 21 days and yet to is contained till now spilt only two barrels of crude oil,’’ Akono said
The Ex-NUJ Chairman said the latest leakage which was discovered on the Oct. 28 was worse than the previous two. Akono said the impacted communities would take steps to compel the company to compensate fishermen individually and not through community leaders. “What will be the fate of the women who survive from periwinkle and oyster? What will be the fate of the women who survive from the buttress roots of the mangrove trees from which they make fish drying cards,’’? he queried. Akono added that the frequent leakages might be as a result of the old age of the pipeline, which has brought its integrity to question. ENI issued a statement on the Oct. 8 spillage where it said that its response had been hampered by denial of access by host communities. “Preliminary findings show that the event is a minor spill of fewer than two barrels and containment measures have been deployed. “However, community disturbances linked to issues of land ownership involving multiple communities have been delaying our access to the area. “Regulators and authorities have been duly informed and we are continuing to engage the community to get access to the area,’’ it said in the statement. The oil firm has yet to respond to the latest leakage.