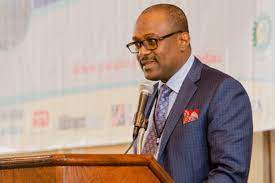 Technological advancements in the African oil and gas industry and proceeds from operations will play significant roles in industrializing the continent and actualizing the goals of the African Continental Free Trade Agreement (AFCFTA), the Executive Secretary of the Nigerian Content Development and Monitoring Board (NCDMB), Engr. Simbi Kesiye Wabote has said.

He spoke on Thursday in Lagos at the Real News Magazine 9th Anniversary Lecture, hinting that Africa’s industrialization agenda is at the heart of AFCFTA and oil and gas remains a key part of the energy mix required for industrializing the continent and revenues obtained from selling the resources constitute key drivers of the economies of the African oil and gas producing countries.

The Executive Secretary’s presentation was titled “Nigeria in the Unfolding Integration of African Market: The Oil and Gas Sector Perspective,” and he explained that (AfCFTA) took effect from 1st of January 2021 and the agreement had turned Africa into the world’s largest free trade area, connecting 1.3billion people with a combined GDP of about $3.4trillion. He added that AfCFTA was meant to address the low intra-regional trade in Africa estimated at 17 percent, compared to 69 percent obtainable in Europe and 59 percent obtainable in Asia.

Dwelling on the opportunities that could be realized by the Nigerian oil and gas industry against the AFCFTA agreement, he stated that the African oil and gas landscape provides huge opportunities for cross-boarder infrastructure to unlock development of stranded assets or bring energy closer to the people and such infrastructure also leads to lower unit development costs.

Wabote also clarified that Local Content was not opposed to trade liberalization, stressing that no nation is blessed with the full list of natural resources, and can produce every product it requires. He added that “a country must be allowed to protect its areas of comparative advantage so that it can be utilized to trade for what it lacks. Discouraging local content laws and practice in the name of free trade is like fostering one-way trading which is not sustainable.”

Dwelling on energy transition and the threat that investments on hydrocarbon development projects could be withdrawn, the Executive Secretary described it as a challenge for oil producing countries to address.

He hinted that AFCFTA provided a platform for member countries to collaborate and provide funding and the technology to operate and develop hydrocarbon projects.

He also canvassed for investment-friendly law such as the Petroleum Industry Act (PIA) 2021 to attract much needed funds for project developments and for an increase in-country hydrocarbon resource utilization through massive refining and production of petrochemicals.