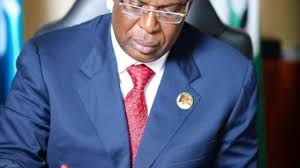 The Media Aide to the Minister of Petroleum Resources, Timipre Sylva, Garba Deen Muhammad, has said  the Ministry’s  officials who spent N116 million on pens, letterhead and toner have either retired or been redeployed to other ministries.

A release by Muhammad recalled that a 2015 audit report submitted by the Office of the Auditor-General of the Federation (AuGF) in December 2020 had said officials of the petroleum ministry spent  N14.5 million on the purchase of Schneider pens, N46 million to print the ministry’s letterhead and N56 million on toner for its photocopy machines in 2015, totalling N116 million.

“It should further be noted that these infractions appeared in the 2015 report of the Auditor-General for the Federation which is presently under consideration by the public accounts committee (PAC) of the senate.
“The public should further note that the officers the report of the Auditor-General for the Federation indicted have since been retired or redeployed out of the Ministry of Petroleum Resources in line with the practice in the civil service.”
It added that the officials are currently being investigated by the Independent Corrupt Practices and Other Related Offences Commission (ICPC)