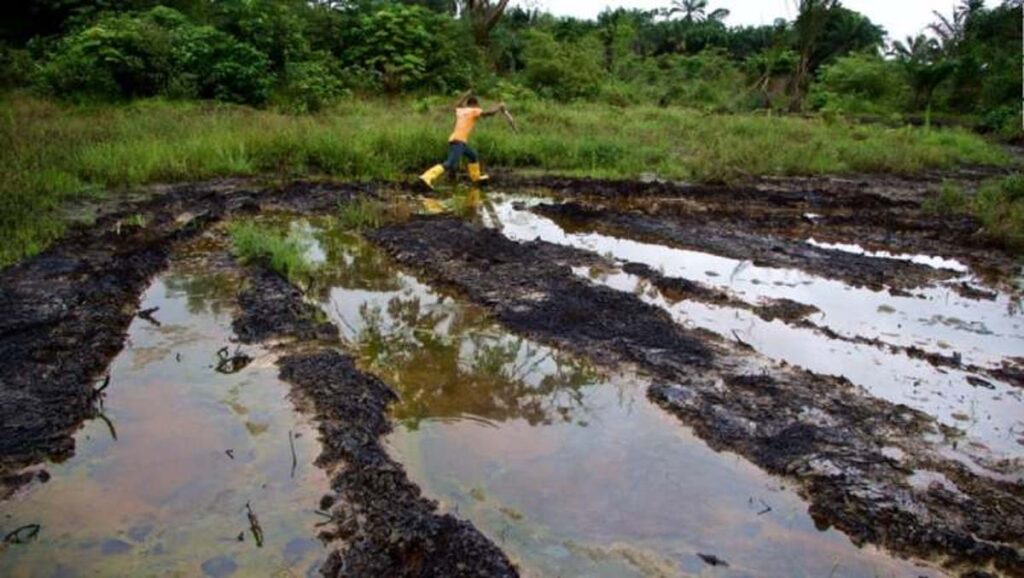 Stakeholders have raised concerns over the impact of the operations of an indigenous oil firm, Conoil Producing Limited and the company’s insensitivity to the environment.

This is as a result of company’s nonchalant attitude towards the leaks from its facility known as ‘Aunty Julie platform’ within Oil Mining Lease 59, at Otuo Oilfield well 13, in Bayelsa State, since September 3rd, 2020.

To this end, the National Oil Spills Detection and Response Agency, NOSDRA has expressed regrets over Conoil’s insensitivity to the sustenance of the environment where it operates and was yet to respond to an undersea leaks from the said facility.

Director General of NOSDRA, Idris Musa, in December 2020 had confirmed the incident and berated the company for operating in breach of regulatory guidelines.

In a report by sweet crude reports correspondent, Musa noted that the indigenous oil firm was in the habit of causing avoidable spills and had been sanctioned for degrading the environment, yet nothing has changed.

“This oil company has been spilling oil for a period of time now. And we just got this report, from what we found it is from an underwater pipeline under pressure creating bubbles on the water surface.

“All the directives given to it to contain the oil spill, shut down and replace the leaking pipeline near shore in Sangana, Bayelsa State fell into deaf ears.

“The Agency sanctioned the company for this untoward act, but nothing has changed. The leakage continues and the oil company behaves irresponsibly even though it is an indigenous company.”

Similarly, the Environmental Rights Action/Friends of the Earth Nigeria, ERA/FoEN, has berated the oil firm over what it described as the unsafe environmental practices at an offshore oilfield operated by Conoil.

Era regretted that the posture of Conoil despite regulatory sanctions, leaves more to be desired as the adverse impact of the operation is borne by host communities.

Head, ERA/FoEN Niger Delta Resource Centre, Alagoa Morris, in its field report, noted that Conoil Plc was yet to respond to the oil spill from its facility, four months after the incident.

Morris, in the report explained that several communities near the oil facility in Akassa Kingdom environment in the Brass Local Government Area of Bayelsa are affected by the leak.

The ERA/FoEN report indicated that the leak was yet to be plugged and spilled crude was still spreading and polluting Akassa and coastal communities along the Atlantic shoreline.

The report quoted the Chairman, United Fishing Union of Sangana, Ikonikumo Noel, as lamenting that the spill had wiped out generations of fishes as well as adversely affected aquatic lives that constitute the food chain.

“The oil spill happened on Sept. 3, 2020. We have been looking for a way for Conoil to, at least, shut down the facility so that the effect would not come to us.

“Fishes are dying in Sangana coastline seriously. But the company doesn’t pay any attention.” Noel said.

ERA also quoted the Akassa Clan Youth Presidents’ Forum to have in a letter dated September 18, 2020 reported the incident to the office of the state Commissioner for Environment, but no action had been taken.

Aunty Julie platform within OML59 Otuo Oilfield, is a mobile offshore production unit commissioned in 1999, with the capacity to produce 80,000 barrels of crude oil daily.