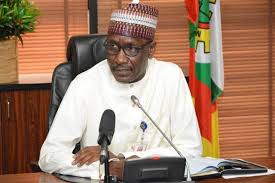 The Governor of Delta State, Ifeanyi Okowa, on Friday rejoiced with the Group Managing Director of the Nigerian National Petroleum Corporation, Malam Mele Kyari, on his 56th birthday.

In a statement signed by the Chief Press Secretary, Olisa Ifeajika, the Governor commended the effort of the GMD in achieving great reforms at the NNPC.

He noted that the Corporation, under the management of the GMD has attained 1.5 billion Standard Cubic Feet production per day and its equity production at 1.38 billion cubic feet of gas per day as at November 2020.

He said, “Malam Kyari’s leadership at the NNPC as its 19th Chief Executive has been largely characterised by outstanding vision in commitment to efficiency, openness, transparency and prudence in service delivery geared at attaining the objectives of the corporation and meeting the expectations of shareholders.

“The NNPC and its joint venture partners under his leadership have continued to contribute to poverty reduction, economic and social development, especially in the fight against COVID-19 pandemic.”

Okowa noted that the Corporation, with the Transparency, Accountability and Performance Excellence agenda, as introduced by the GMD has become more profitable over the years.

“Let me commend Malam Kyari and his team for what they are doing to improve on the operations of the NNPC.

“Kyari has continued to demonstrate transparency and accountability by publishing the monthly operational report of the NNPC, with a step further of publishing its annual audited financial statement, which had not been done in 43 years of its operations.

“Worthy of commendation is the Final Investment Decision on the four billion-dollar NLNG Train 7 and his continued drive towards completing long-standing gas infrastructure projects such as the Escravos-Lagos Pipeline System Phase 2 and Obiafu-Obrikom-Oben gas pipeline.”

“I join your family, colleagues at NNPC, industry players, associates and friends to thank Almighty God for your life which has been marked by remarkable outstanding accomplishments.”

He added as the NNPC GMD his anniversary, “it is my prayer that God continues to bless you with robust health and many more years of happiness and contributions to nation building.”