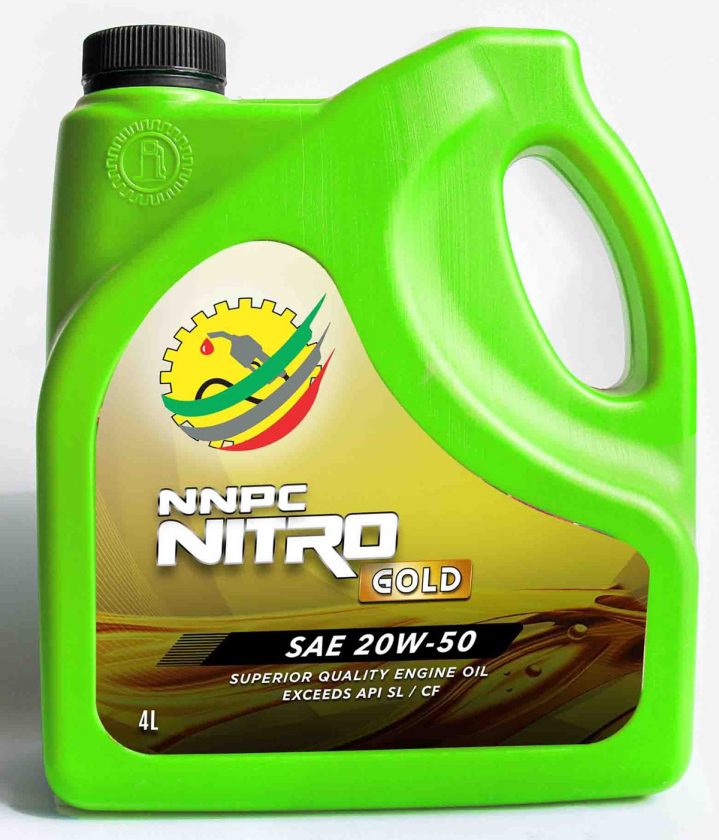 The Managing Director of the company, Mr Billy Okoye, while briefing newsmen in Abuja on Sunday, said the new products were made in Nigeria by Nigerians.

He said the company sourced the additives for the lubricants from the best additive companies in the world in line with its culture of quality and excellence.

“The NNPC lubricants were formulated using carefully selected world-class base oil and performance additives to give all-year-round excellent performance in normal and arduous engine working conditions.

“Our marketing intelligence showed us that Nigerians were yearning for their own national lubricants, one they can call their own.

“We also found out that most lubricants used were not to the satisfaction of Nigerians.

“As parts of efforts at touching the live of Nigerians, we are introducing this range of NNPC lubricants,” he said

Okoye  said that the NNPC lubricant business was conceived many years back.

“So, we took our time to go into research and come up with the best formulation, quality assurance, quality control processes, field test, branding and designing, among others to ensure that we give Nigerians the best of the best of lubricants.

“The product was unveiled on Nov.  28, 2019, but as is the standard in the industry, after the unveiling, the next step was to go into a series of tests to confirm that what we unveiled was not only marketable but also useable.

“These series of tests were carried out from December (2019) to February and we are proud to announce to Nigerians that the lubricants have been successfully tested and certified to be the best in the industry today,” he noted.

Okoye said the products would be available for purchase immediately at the over 600 NNPC Retail outlets across the country, accredited dealers and mechanic workshops.

Okoye added that during the formulation stages, NNPC Retail ensured that measures were put in place to prevent adulteration of the products.

“It is in fact difficult to fabricate the molds and NNPC Retail logo is etched in not less than four places unto the plastic package itself.

“There is an induction seal, there are tamper proof opening on the caps, the labels are made of superior poly materials and the design on labels have intricate color mix and separation.

“Also, the distribution and sales would be done via credible establishments with high level of integrity.

“We also have after-market monitoring for periodic scanning to assess product for sale and identity if any misconduct has occurred,” he said.

Also, the Manager, Lubricants, Mr Haruna Abdulrahman, said  the current products were automotive lubricants to be used for vehicles and protecting equipment and machinery.

Abdulrahaman said such equipment included generators and other light, medium  and heavy duty machinery and stationary equipment in the industrial sector.

He said that four brands of them NITRO lubricants  would serve petrol engines while  two brands would serve diesel engines.

Abdulrahman urged Nigerians to buy into the products for their huge benefits and as the primary owners of the product.

“These are our own products and they are the best in the market made for Nigerians,” he added.