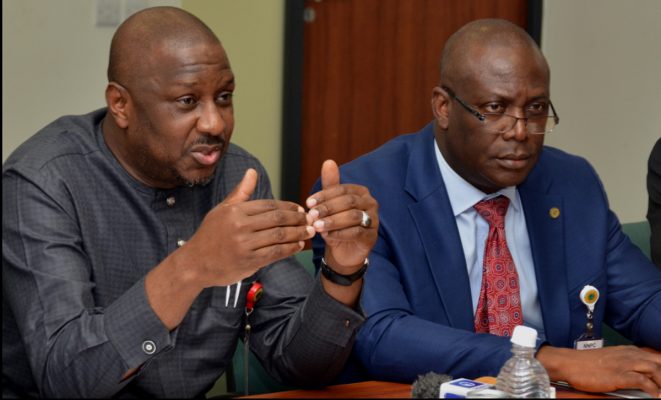 The Nigerian National Petroleum Corporation (NNPC) has announced an increased trading surplus of ₦5.20billion for August, 2019, reflecting an increase of 22 per cent when compared with the ₦4.26billion-surplus posted in July 2019, a release by NNPC Acting Group General Manager, Group Public Affairs Division, Mr. Samson Makoji, has said.

The new figures are contained in the recently released August 2019 edition of the NNPC Monthly Financial and Operations Report (MFOR) of the National Oil Company.

The report attributed the appreciable increase of 22 per cent within the period under review to, largely, the improved surplus posted by the Nigerian Petroleum Development Company (NPDC).

It explained that the percentage increase in performance of the company evened out with the decline in the performance of Nigeria Gas Company (NGC)  vis-à-vis July, 2019 figures, even as it added that the increased surplus posted by Duke Oil and the reduced deficit by the Nigerian Pipelines and Storage Company (NPSC) equally bolstered the figures for the month, according to the report.

Stating a summary of NNPC’s Group Operating Revenue and Expenditure for August 2019, the August report indicated that it increased by 7.58 per cent at ₦540.60billion, reflecting an increase of ₦38.10billion compared with the previous month’s performance.

It further stated that the expenditure for the month followed a similar trend with increase of 7.46 per cent or ₦37.16billion, to reach ₦535.40billion during the year under review, declaring that the proportion of expenditure to revenue is almost at par for the current month as well as in July 2019.

In the Downstream Sector of the corporation’s operations, the 49thedition of the NNPC MFOR stated that ₦233.42billion was made on the sale of white products by the Petroleum Products Marketing Company (PPMC), the Downstream subsidiary of the National Oil Company, in August 2019, compared to ₦214.70billion sales in July, 2019.

Total revenues generated from the sales of white products for the period August 2018 to August 2019 stood at ₦2,687.29billion, with PMS contributing about 95.19 per cent of the total sales valued at ₦2,558.13billion.

Volume wise, 1.917billion litres of white products were sold and distributed by PPMC in the month under review, compared with 1.744billion litres in July 2019.