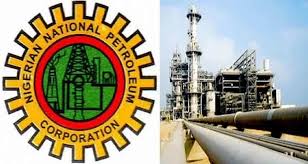 In its commitment to increase its revenue generation, the Nigerian National Petroleum Corporation (NNPC),  plans to generate N11.39trn revenue in 2021.

According to the Punch, the national oil and gas company disclosed this in  a written presentation to the National Assembly.

The document partly reads, “The production figure is largely in compliance with OPEC production cut agreement occasioned by the shutdown in the global crude oil supply value chain and supply disruptions amidst the COVID-19 pandemic.

“The gas volumes is mainly due to the production from the NLNG BS projects.

“The revenue projections are premised on the inflows from the joint ventures, production sharing contracts, service contract, independents and marginal field operations.

“Revenue is expected to increase due to planned increase in production after exiting OPEC restriction.

The decline was attributed to the slump in crude oil prices, with the average price of Nigeria’s reference crude, the Bonny Light, falling to $39.98 per barrel during the first half period, compared with $65.69 and $68.00 per barrel in the preceding and the corresponding halves of 2019, respectively.

With an OPEC+ quota of 1.4 million barrels per day and spikes in covid-19 pandemic, necessitating fresh lockdowns in some countries, especially in Europe, who are the major buyers of the country’s crude, NNPC’s revenue projection may just be a tall order.