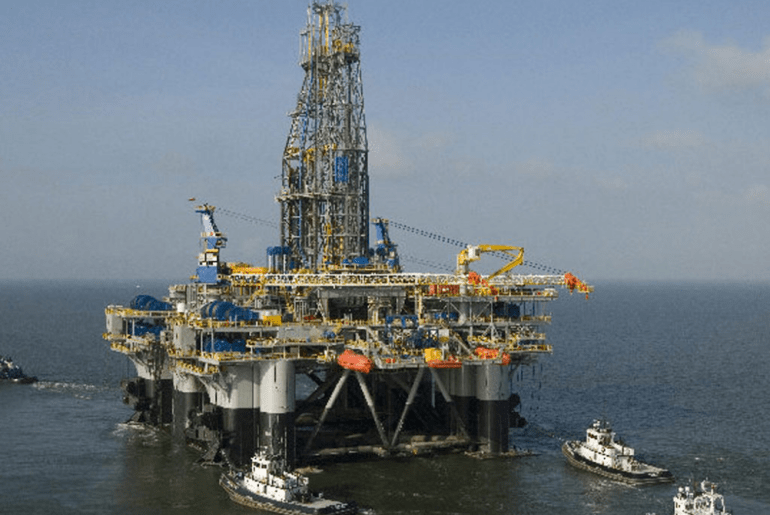 OMLs 83 & 85 are in the shallow waters offshore Bayelsa State (Nigeria) where FIRST E&P is the Operator of the two blocks, on behalf of the NNPC/FIRST E&P Joint Venture.

According to a statement by FIRST E&P, “The Anyala – Madu field development project objective is to develop 142 million barrels of oil and 98 billion standard cubic feet of gas from the fields in Phase 1, utilizing the Abigail-Joseph FPSO, a 274 meters long converted Suezmax trading tanker with a storage capacity of 700,000 barrel, oil processing capacity of 60,000 barrels of oil per day, produced water treatment of 20,000 barrels per day and a gas handling capacity of 39 million standard cubic feet per day.

“A total of 7 development wells have been planned in Phase 1 and approved by the Department of Petroleum Resources (DPR) in the Anyala West field (OML 83) which will be developed along with the nearby Madu field in (OML 85) to be jointly produced in the Abigail-Joseph FPSO. Each field is being developed with an unmanned conductor supported platform (CSP), a novel drilling and development technology deployed in the Niger Delta.”

The statement noted that the FPSO underwent upgrade, refurbishment and life extension works in Keppel Shipyard, Singapore, to meet specified standards and specifications and the excellent partnership between NNPC, FIRST E&P, Yinson and Keppel Shipyard, helped to ensure these critical pre-deployment activities for the FPSO were completed in record time.

It said that a team of young Nigerian professionals including 7 NNPC staff were part of the successful extension works in the Keppel Shipyard and they will form an integral part of the FPSO operations team in the production phase.

The project at its peak production will produce about 60,000 barrels of oil per day, unlock over 300 million barrels of crude oil recoverable reserves and create value of over $8bn for the FGN over the total lifespan of all phases of the project.

The statement informed that the project, which was carried out with over 2.5 million man-hours with zero Lost Time Injury, “… at its peak production will produce about 60,000 barrels of oil per day, unlock over 300 million barrels of crude oil recoverable reserves and create value of over $8bn for the FGN over the total lifespan of all phases of the project.”

Speaking on the success of the project, the Group Managing Director of NNPC, Mele Kyari said: “The success of this project is not only a landmark achievement for us at NNPC and our JV partner, FIRST E&P but also a remarkable accomplishment for Nigeria. It is a project that will go a long way in helping us achieve our strategic objective of 3 million barrels of oil per day by 2023.

“This is because the project is the Nation’s first wholly indigenously executed and funded integrated Oil and Gas project in the shallow offshore.

“This is the first project that NNPC, as a JV partner, will carry its partner to provide funding on behalf of the Joint Venture. It is a signal of hope for our country that there is indeed light at the end of the tunnel. The accomplishment of this great feat in the midst of a pandemic is a clear demonstration of our resolve to achieve performance excellence in spite of all odds.”

On his part, the Managing Director of FIRST E&P, Ademola Adeyemi-Bero said: “We appreciate all the support that was given to us by the NNPC, the Department of Petroleum Resources, Nigeria Content Development Monitoring Board as well as the hard work and collaboration by FIRST E&P staff, our contractors and Nigerian banks in the achievement of this major milestone. This First Oil production will support the continuous drive of FIRST E&P to be a leading Nigerian independent integrated execution vehicle in the upstream oil and gas sector, as well as demonstrate our commitment to continue to create sustainable value to drive economic growth and development of Nigeria.”