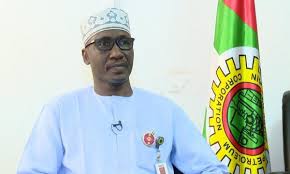 The Nigerian National Petroleum Corporation (NNPC) said it has started discussion with its partners for the construction of the Nigeria Liquefied Natural Gas (NLNG) Train 8.
According to ThisDay, the Group Managing Director of the NNPC, Mallam Mele Kyari, made the disclosure  at a recent media parley in Abuja.

Currently, NLNG which is owned by the Federal Government (represented by the NNPC) with 49 percent; Shell with 25.6 percent; Total with 15 percent and Eni with 10.4 percent, has six complete liquefaction trains with a combined capacity of 22 million tonnes per annum (mtpa).

The Final Investment Decision (FID) for Train 7 was taken by the company’s shareholders in December 2019 and is expected to add additional 8 million tonnes per annum to the already existing six liquefaction trains.

He said: “And because the PIB itself will ultimately come to pass where emphasis on gas, monetising gas, and creating the right fiscal environment for gas development, will lead to some more LNG projects.
“But more quickly, as we have done FID on Train 7, we have already started speaking to our partners to go to train 8. And indeed, Mr. President’s question was that he was surprised that we are still on train 7.
“He thought we should be talking about Train 8, and I agree with him absolutely because there was enormous room for us to improve.
“But it’s not the number of train that is significant, it’s the volume of production that is important. For instance, the Train 7 is adding almost close to what the current trains are doing.
“We will do this, we will push because this is the easy one and supply the gas and expand it, and of course, we are going to get more and more benefit”.
The NNPC boss stressed that having more LNG facilities would lead to “more jobs, more employment, more expansion of the economy. We agree with this and we are also chasing that appropriately.”