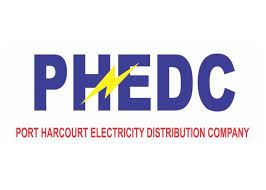 The Port Harcourt Electricity Distribution Company (PHEDC)  says it has commenced distribution of 77,000 pre-paid meters to customers under the National Mass Metering Programme.

In a statement in Port Harcourt, the company’s Head, Administration, Ngozi Koroye, said the meters were being distributed in its areas of operation in Rivers, Bayelsa, Akwa Ibom and Cross River states.

Koroye disclosed that the NMMP is running concurrently with the initial scheme, the Meter Asset Provider, MAP, which was launched in 2019 and under which independent entities licensed by the Nigeria Electricity Regulatory Commission, NERC, provide metering services, including meter procurement, supply, installation, maintenance, and replacement, to electricity consumers.

“In accordance with the Federal Government schedule on the distribution of the meters, the first batch of meters numbering 77,000 allocated to customers in PHEDC’s franchise area is being distributed and installed in accordance with work plans agreed with the Commission. Meanwhile, the Discos await further directives from NERC regarding the cost implication.

“We, therefore, enjoin the public to corporate with our staff in the field in ensuring that both exercises run smoothly for the benefit of the general populace.”