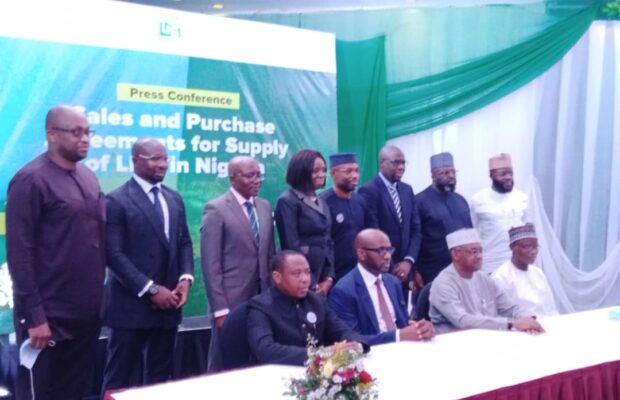 The announcement was made by the Managing Director of NLNG, Engr Tony Attah, at the just concluded 4th Nigeria International Petroleum Summit (NIPS), which held in Abuja, with the theme, “From Crisis to Opportunities: New Approaches to the Future of Hydrocarbons.”

Under the agreement, the NLNG will supply 1.1 Million Tonnes Per Annum (MTPA) of LNG on Delivered Ex Ship (DES) basis to Asiko Power Limited, Bridport Energy Limited and Gas-Plus Synergy Limited. The SPAs will facilitate the project execution and infrastructural development by off-takers to aid LNG delivery into the domestic market.

Attah said the signing and execution of the Domestic LNG SPAs was a strong expression of the Company’s commitment to unlocking the country’s gas potential and making gas count for the good of Nigerians. He added that NLNG was already transforming conversations held at the Decade of Gas event held in March 2021 into concrete actions that Nigerians can easily relate with.

“We believe this will be the decade for us to leverage on our gas reserves to accelerate our power generation solutions through Gas-to-Power projects. It will be the decade when as a nation we stop reporting deaths from pollution through the use of wood and solid fuels as domestic energy sources. And it will be the decade for empowering local SMEs to take advantage of the various investment opportunities that the Decade of Gas will attract,” he said.

Speaking on the opportunity that The Decade of Gas presents to the country, he said, ”In today’s reality when fossil fuel is still acceptable,  more than 50 percent of Africa have no access to electricity. More than 85 percent have no access to clean energy source for their daily needs. So how do Africa position? I personally believe that Africa will do well far better on the back of gas reducing the Co2 intensity, but then providing the requisite energy. And I think that’s the biggest opportunity for Nigeria.

“With our massive gas reserves, we should be positioning on the back of this Decade of Gas to look at not quite taking over Africa, but taking over the supply of Africa’s energy needs.”

He noted that Train 7 is no longer ambitious, considering that while the country is trying to increase its capacity to 30MTPA, Qatar, which delivered its first cargo in 1997 with a current capacity of 77MTPA, is planning to add 30MTPA.

“Our future is gas as a company. The future of Nigeria is gas, which is why we offered the Train 7 as opportunity for that development, which I hope in this Decade of Gas will happen. We are moving by 35 percent capacity growth – from 22 million tonnes to 30 million tonnes, and that is what Train 7 will deliver.”

According to him, the country must pass the proposed Petroleum Industry Bill (PIB) currently before the National Assembly into law. He noted that the proposed PIB that must be passed into law, should be the one that will attract investors, and that will enable the industry  and enable the country to harness its gas resources.

On Corporate Social Responsibility, he said that the company is working in partnership with the Federal Ministry of Works and Housing to link Bonny Island to Portharcourt mainland through road for the first time, and NLNG is contributing 50 percent to the project, adding that it recently launched a community health insurance scheme, which offers one-year health insurance to individuals for just N10,000.

NIPS is a Federal Government of Nigeria official petroleum industry event with the Federal Ministry of Petroleum Resources and all its parastatals including the NNPC, NCDMB, DPR, PEF, PTDF and PTI as joint hosts