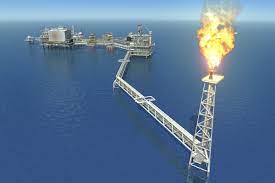 According to Rystad, global production of oil and natural gas liquids between now and 2050, will fall below 50 million barrels per day by 2050.

“In this scenario, global production of oil and natural gas liquids will fall below 50 million barrels per day by 2050. Exploring, developing, processing and consuming this amount of commercially extractable oil will lead to gross greenhouse gas emissions of less than 450 gigatonnes of CO­­2 from now until 2100. This is compliant with IPCC’s carbon budget for global warming limited to 1.8˚C by 2100,” says Rystad Energy’s Head of Analysis, Per Magnus Nysveen.

With oil reserves of over 37 billion barrels, and capacity to produce just a little above 2 million barrels, the country will need at least 20 years to exhaust its reserves.

Nigeria’s crude oil reserves are currently 37 billion barrels. The Federal Government, through the Department of Petroleum Resources (DPR) and the Nigerian National Petroleum Corporation is working to increase it to 40 billion barrels in no distance time.

Part of the efforts to increase the country’s reserves was the launch of marginal field bid round in June 2020. For the 2020 oil bid round exercise, DPR announced a total of 57 fields located on land, swamp and shallow offshore terrains were on offer. The  bid round came 18 years after the first one was conducted in 2002.

The bid round, which was concluded recently, saw 161 indigenous exploration and production oil companies emerge as winners, from a pool of over 600 indigenous oil companies that bid for the 57 marginal fields. Licences have been issued to some of the successful companies with first oil expected in 2022.

Another effort is the recent passage of the Petroleum Industry Bill (PIB) by the National Assembly. The bill  allocated at least 30 percent of the profit generated by the proposed Nigerian National Petroleum Company Limited for the exploration of oil in frontier basins.

However, the House of Representatives on Thursday, stepped down the report of the National Assembly Conference Committee on PIB. The report was earlier scheduled for presentation, but was stepped down for reason that may not be unconnected with 3 percent due to host communities.

This new development means more delays in terms of investments and increased in exploration and production activities in the country.

The  long-awaited bill aims  to open up the Nigeria oil and gas industry to investment, strengthen industry governance and regulation to expand, grow and maximize value capture for Nigeria and its citizens.

Oil production and consumption can align with climate goals

The new Rystad estimation followed the recent release of BP’s Statistical Review of World Energy 2021, which reveals that the Covid-19 pandemic had a dramatic impact on energy markets, with both primary energy and carbon emissions falling at their fastest rates since the Second World War, adding that renewable energy continued to grow, with solar power recording its largest ever increase

BP’s Statistical Review Primary shows that energy consumption fell by 4.5 percent in 2020, while drop in energy consumption was driven mainly by oil, which contributed almost three-quarters of the net decline, although natural gas and coal also saw significant declines.

Every year, Rystad Energy releases its own assessment to provide an independent, solid and clear comparison of how the world’s energy landscape changed the previous year. Its 2021 review deals a major blow for the size of the world’s remaining recoverable oil resources – but it also shows that oil production and consumption can align with climate goals.

“This year’s review of global recoverable oil resources is based on resources modelled at well level rather than field level. This more detailed approach has removed 178 billion barrels from the expected accounts as the confidence level for decline rates has increased with the amount of new information gathered.

Rystad assessment estimates that the remaining recoverable resources of the Organisation of Petroleum Exporting Countries (OPEC) members are reduced by 53 billion barrels to 741 billion barrels.

Nigeria needs to increase its oil reserves and harness these resources to provide infrastructure for economic growth and development, tackle issues around power supply and address poverty and insecurity. Oil as the mainstay of the country’s economy, has a big role to play in this regard.

In his keynote address at the just concluded 2021 Nigeria Oil and Gas Conference and Exhibition, which held in Abuja with the theme “Fortifying the Nigerian Oil and Gas Industry for Economic Stability and Growth”, THE Group Managing Director of NNPC, Mallam Mele Kyari,  said that the country needs to monetize every resource that is available today,  to create the resource that will create the future for the country and the oil industry. This is critical, especially with the rising stringent national and international policies against fossil fuels.

In recent interview with Majorwaves, the Chief Executive Officer, Degeconek, Abiodun Adesanya  counseled the new marginal field operators to deplete their reservoirs as quickly as possible, so as to benefit from it.

“What it will be is that you have to make hay while the sun shines.  A number of these fields you may be thinking I have to develop it for 20 years, you may not have that period of time. Have a development plan that will allow you to quickly, rapidly deplete the reservoirs, so that you can benefit. Because oil is going the way coal went,” he said.

This exit strategy is not only useful to marginal field operators. It is useful to bigger field operators in the country, and the Federal Government and its agencies as well as the National Assembly, has a big role to play in this regard.