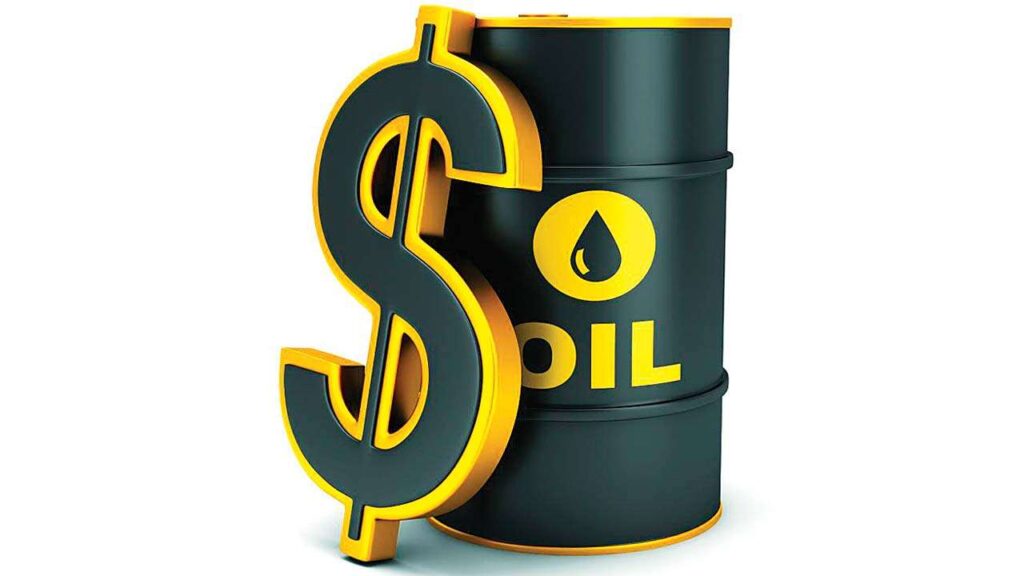 The senate recently approved the 2022-2024 Medium-Term Expenditure Framework (MTEF) in which the Federal Government expects the country to produce 1.88 million barrels per day of crude oil in 2022, assuming a benchmark price of $57 per barrel. The Federal Government also predicted Gross Domestic Product (GDP) growth of 4.2 percent and inflation of 13 percent in 2022.  The country’s inflation  rate, which has remained double-digit since 2016,  decreased to 17.01 percent in August.

With oil price expected to hit $80 per barrel by December, higher oil production output would help Nigeria generate enough revenue in coming months. However, the country’s crude oil production output for the month of August fell by 90,000 barrels a day to a five-year low of 1.43 million a day.

The Organisation of Petroleum Exporting Countries (OPEC) and its allies known as OPEC+ lifted its production in August, after months of supply cuts aimed at rebalancing the market following price crash that followed the outbreak of Covid-19 pandemic last year. But years of underinvestment in its oil industry has made Nigeria unable to respond quickly to increased demand, according to Reuters.

Global oil demand has recently risen to near-record levels as global activity picks up steam despite the Covid-19 pandemic. To meet the rising demand, OPEC+ agreed to increase oil production starting in August by another 400,000 bpd each month. Angola, Nigeria, and Kazahkstan have been unable to lift their oil production to meet the call for more oil. In Kazakhstan’s case, this was due to maintenance in its Tengiz field—maintenance which ended mid-September, while underinvestment is the challenge for Nigeria and Angola.

Nigeria’s crude oil exports fell by  41.9 percent year-on-year in the first quarter of 2021, according to data contained in the Central Bank of Nigeria’s balance of payment report.

Speaking on Bloomberg Television last week, Group Managing Director of NNPC, Mallam Mele Kyari, acknowledged that the country has lost investment, and something fast needs to be done.

“There are a number of things going on now to improve on the gas supply. We surely have issues around gas supply to the LNG plant, in particular, and even into the domestic market and the net effect is that you will see some slippages in cargos in 2022 and even in 2021,” Kyari said.

“And the implication of that is that you have to do something pretty quickly and we have lost time, we have lost investment and for us, what must happen is a very quick return to a pre-Covid-19 level investment and that, of course, is being adjusted and I know that this is a key challenge for the industry.”

In May, the CEO of Royal Dutch Shell, Mr Ben van Beurden,  at the company’s annual general meeting, hinted the company’s plan to exit from its onshore oil and gas operations in Nigeria.

“When law and order breaks down, when sabotage and theft is rife where you try to operate, no amount of effort that we put in can actually try to compensate for that,” Argusmedia quoted him as saying.

“At some point in time we also have to conclude that this is an exposure that does not fit with our risk appetite anymore. We have drawn that conclusion, and we are now talking to the Nigerian government on the way forward”.

Even though the Federal Government wants Shell to continue to operate its onshore assets, it seems the company has made up its mind to focus on offshore exploration and production. The Minister of State for Petroleum Resources, Chief Timipre Sylva, confirmed in May that the country is in talks with Shell over its plan divestment of its onshore assets.

“Nigeria is in its talks with Shell include handing over Shell’s stakes in the assets to the Nigerian Petroleum Development Co. (Company), the upstream arm of state oil firm Nigerian National Petroleum Co., or NNPC, inviting bids from Nigerian indigenous producers, or having a mixture of local firms and foreign independent producers to bid for the assets,” Sylva had told journalists in Abuja.

Nigeria’s rig count fell by 49.5 per cent to 53 in the first eight months (January-August) of 2021, from 105, recorded in the corresponding period of 2020. This is according to OPEC reports. The reports attributed the drop to Covid-19 pandemic and delay in the passage of the Petroleum Industry Bill (PIB)

On June 1, 2020,  the Department of Petroleum Resources  (DPR) flagged off a bid round, with  a total of 57 fields located on land, swamp and shallow offshore terrains on offer. Payment by  interested bidders attracted non-refundable chargeable fees as follows: Application fee of N2 million per field, Bid Processing Fee of N3million per field, Data prying fee of $15,000 per field, Data Leasing fee of $25,000 per field, Competent Persons Report of $50,000 and $25,000 for Fields Specific Report.

A marginal field  is any field that has been discovered and has been left unattended for a period of at least 10 years, from the date of first discovery or anyone so-called by the president of Nigeria.

The goal of marginal field program is to create opportunities for Nigerian oil and gas companies in the upstream sector,  grow the country’s oil reserves’ production, encourage economic development through revenue generation, promotion of indigenous participation in oil and gas sector and discouragement of the abandonment of depleting oil fields in Nigeria.

The outlook over the three year period of 2021-2024 is to boost the nation’s crude production capacity by an additional 600kbpd. Also, the DPR last October, said that the country is targeting to substantially increase its oil reserves, including condensates,  to 40 billion barrels by 2025.

In its commitment to this target, the Department recently awarded licences  to some of the winners of the 2020 marginal oilfield bid round. The 57 fields by DPR estimation, would add additional 100 million barrels of crude oil to the country’s current production capacity in years to come.

Out  of the 24 fields awarded in 2003, 11 fields have remained undeveloped locking in over 40 million barrels of oil. However, the  DPR has identified and tackled the challenges that affected the attainment of full development of the 2003 marginal fields award. This is going to make things easier for the new operators, as they hit the ground running to meet the target of first oil by next year.

“With the lessons of the previous exercise we want to refocus, change the approach, we have developed strategy to ensure you (the companies) and the awarded fields achieve early development.

“The DPR will continue and guide all of you every step of the way. For instance, the guiding template for working agreement has been drafted for joint awardees and discussions have reached advance stage between DPR and lease holders on the farm out agreement”, Auwalu had said at the award ceremony.

The inability to establish an adequate regulatory environment for foreign oil and gas investors for so long, due to two long decades of delays in developing investor-friendly regulatory framework, as well as government’s failure to use funds to develop the Delta Niger region, have put the country at the bottom of the list for many investors now attracted to up-and-coming oil regions  like Guyana and Suriname, with favourable fiscal regime..

In August, President Muhammadu Buhari, signed the long-awaited PIB 2021 into law. The subsequent inauguration of the Steering Committee and Petroleum Industry Act (PIA) Implementation Group by the president, expert say,  is a welcome development.

Industry experts estimate that  the country may have lost as much as $50 billion worth of investment because of  inability to develop adequate regulatory environment, as investors were uncertain of the country’s oil and gas outlook.

In the last three years, International Oil Companies (IOCs) operating in Nigeria have not shown willingness to do more investments in the upstream sector. This may not be unconnected with the delays in the passage of the PIB.

The Final Investment Decision (FID) on five offshore oil and gas projects have been put on hold, due to issues around fiscal terms, which the IOCs want the country to address in the proposed bill, to encourage investments in deepwater projects.

GlobalData in its report in April, “Africa Oil and Gas Projects Outlook to 2025 – Development Stage, Capacity, Capex and Contractor Details of All New Build and Expansion Projects” stated that Africa is expected to witness 428 oil and gas projects to commence operations during the period 2021-2025. Out of these, upstream and midstream sectors would witness the highest project starts with 129 projects each. Refinery and petrochemical segments would witness the start of operations of 65 and 105 projects respectively.

GlobalData noted that Nigeria accounts for 23 percent of the total projects expected to start operations during the 2021 to 2025 period. But inadequate investment in the upstream end of the industry may be a stumbling block to realizing these projects as well as generating enough revenue to fund the 2022 budget.

In its latest analysis,  Fitch Solutions Country Risk & Industry Research, a global provider of country risk and industry analysis stated: “We expect Nigeria’s Risk Reward Indices score to improve in next quarter’s scoring, once the changes from the PIB are integrated into our analysis.

“On the upstream side of things, Nigeria is competing for investment on the global stage with newcomers Guyana, Senegal and Kenya while industry stalwarts Brazil and Norway continue to attract investment due to outsized reserves and friendly investor environment.

“Next quarter’s RRI should show Nigeria’s upstream position improve, although attracting new investment over other destinations is likely to be a race as overall investment is likely to decline in the long-term, as decarbonisation efforts divert more capital to alternative energy and high margin barrels. Existing discoveries of sizeable reserves are the most likely area of new investment.

“The biggest impact of the new PIB will be the increase in new investment expected from existing International Oil Companies, IOCs operating the deepwater sector. The oil majors are a significant part of the deepwater players and several have joint stakes in the key offshore growth projects, Bonga Southwest, Bonga North, Bonga Main Extension (OML 118), Preowei (OML 130), and Owowo (OML 139).”

Industry experts are of the view that the Federal Government needs to speedy up the implementation of PIA to spur investors to invest in the industry, and increase the country’s production output. Also, concerns around Covid-19 restrictions continue to pose a challenge to the  Nigeria’s oil industry, as the country continues to battle the Covid-19 pandemic. They say that effort must be made to tackle Covid-19 pandemic. According to them, this is important to avoid a repeat of the challenges of 2020, with oil firms facing difficulties in transporting personnel to and from oil fields, as well as restrictions affecting pipeline and facilities maintenance.  These, they say,  will help to increase the country’s production output as well as revenue.