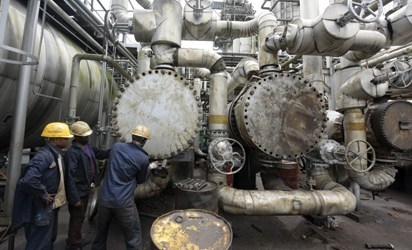 Nigerian investors and industry players will be keeping an eagle eye on a current wave of investment opportunities about to open up for local companies as International Oil Companies (IOCs) move to fully divest from onshore assets. According to sources, oil majors in Nigeria are expected to be selling off their onshore assets while focusing on offshore oil blocks.

This is due mainly to a combination of reasons ranging from ageing Joint Ventures (JV) assets to crude oil theft, insecurity, hostility from host communities, increasing costs of oil and gas projects and unfavourable government policies. All these, the sources say, are making it more expensive for IOCs to operate such onshore assets.

Nigeria currently has a total of 390 oil blocks that have been discovered, and only 179 of them have been awarded to individuals and corporations, while 211 blocks are yet to be awarded, according to the Department of Petroleum Resources (DPR). Out of the 179 oil blocks awarded, 90 belong to Nigerians, while the remaining blocks are owned by foreigners.

Stakeholders believe these unique opportunities can become a reality as government sets an ambitious target of realising 4 million barrels-per-day oil production and 40 billion crude oil reserves in the near future. “It’s more protable for IOCs to sell onshore assets to smaller companies rather than keeping them and paying heavily for them. Remember IOCs also have deepwater (onshore) assets that give them more profits,” Abayomi Fawehinmi, an oil expert in a Lagos-based oil firm, said.

Fawehinmi believes quite a number of indigenous oil and gas firms can buy these assets. Famfa, Nigeria Petroleum Development Company (NPDC), Consolidated Oil Limited, Yinka Folawiyo Petroleum Company, among others are said to be on the list of top contenders to acquire the assets.

Adeoluwa Eweje, an oil and gas analyst at Afrinvest Securities Limited, expects a trend where more IOCs will divest from onshore assets due to insecurity, low commercial viability and hostility from host communities. “IOCs are more concerned about the commercial viability of an asset, not whether it’s producing or not,” he said.

“All they have is connections which was what we saw when marginal fields were handed over to them,” he said. Fawehinmi said the sales of the onshore assets by IOCs could be an advantage to the country on the short run with higher production which always happens when there is a change of ownership; for example, when Seplat took over Shell’s asset. “However, oil is a long-term business, not short term,” he said.

But the IOCs’ attempt to sell their assets to local companies has not always been smooth, particularly where bureaucracy, difficult operating or security conditions feature prominently. Buoyed by high oil price and the need to boost local content in the nation’s oil industry, many banks doled out loans to indigenous players for the acquisition of assets being divested by IOCs
such as Royal Dutch Shell, Chevron and Total.

Seplat successfully bought assets such as OMLs 4, 38 and 41 from Shell in 2010 which were producing 15,000 barrels per day (bpd) but are today producing 80,000 bpd. Between 2010 and 2018, a number of indigenous companies including Starcrest Energy, Aiteo, Oando, Seplat, Eroton, First E&P, Neconde, Midwestern, Notore Lekoil, PanOcean, Newcross and Shoreline threw in billion-dollar cheques in their scramble for assets divested by major multinational oil firms which have recorded mixed performance.

Oando Energy Resources, a subsidiary of Oando plc, incurred a $2.5 billion debt after the 2014 acquisition of oil and gas assets from US giant ConocoPhillips, while Seven Energy, a Nigerian company founded in 2004, ran into troubled waters after several
defaults on its debt servicing obligations.

Government’s recent directive regarding the transfer of operatorship of an onshore asset OML 11 from Shell to Nigerian Petroleum Development Company (NPDC) Ltd generated a lot of ripples in the industry because NPDC was seen as unfit to develop and produce the oil fields. Besides, NPDC already has 32 prolific oil fields in the Niger Delta.

“Some time ago, one of the innovations brought into oil lending was reserve-based lending, which implies using your oil reserves to secure loan, but then again, its success was tied to volatility in international oil price,” said Eweje of Afrinvest. As a result of the oil price slump, the indigenous firms that bought the assets could no longer generate revenue at the levels expected when they agreed to loan terms, putting themselves at risk.

In September last year, the Central Bank of Nigeria revoked the operating licence of Skye Bank and created a bridge bank, Polaris, to take over its assets and liabilities. Skye Bank was one of the banks that took advantage of the funding opportunities created by the divestment by IOCs before the oil price slump.

“The low oil price has made a lot of oil and gas loans not to be performing. This has adverse impacts on the protability of the Nigerian banks,” FSDH said its report.